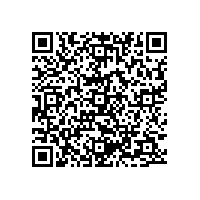 Suzlon Group, the world's fifth largest[1] wind turbine maker, announces an expansion of its REpower 3.XM series. The group's subsidiary REpower Systems SE is presenting the restructured portfolio at HUSUM WindEnergy 2012 trade fair: in line with their potential, the existing turbines from the 3-megawatt class - the REpower 3.2M114 and REpower 3.4M104 - are being certified for use at sites with higher wind speeds. A third turbine type, the 3.0M122, has been added to the company's 3.XM series. It has been specially designed for conditions at sites where there is lower wind. The first variant of the new turbine with a hub height of up to 139 metres will be on sale starting in early 2013. The prototype is to be erected in the fourth quarter of 2013.

The 3.2M114 has a rated power of 3.2 megawatts. It will be designed for sites with average wind speeds and will be available in all three hub heights (93 m, 123 m, 143 m) in the corresponding IEC II wind class starting in mid-2013. In addition to certification for IEC classes, the turbines are also being certified for the highest wind zones and terrain categories in accordance with the German DIBt guidelines.

The new REpower 3.0M122 has a rated output of 3 MW and a rotor diameter of 122 metres. With a coated rotor surface of more than 11,600 square metres, it is the largest REpower onshore turbine in terms of its rotor diameter. With the larger rotor combined with the high hub height of 139 metres, the turbine is designed to be even more cost effective at low wind sites.

Matthias Schubert, Chief Technology Officer (CTO) - REpower Systems SE said: "With the new turbine type, we can achieve optimum energy yield at noncoastal sites with lower wind speeds, as well as in challenging areas such as hilly terrain or forests. In addition, experience gained from installing over 100 turbines from the 3.XM series at different hub heights has shown that we can use the potential of our 3.2M114 and 3.4M104 turbines for even more challenging wind conditions in the future."

He continues: "The combination of tried-and-tested REpower technology and further systematic development solidifies our position as a quality supplier on the market. With our completed 3 MW portfolio, we can offer our customers the ideal turbine for any wind site."

REpower has sold over 300 turbines from the 3.XM series since its launch in 2009. The series is currently offered in seven variants. The 3.4M104 is available in four different hub heights, the 3.2M114 in three. Further hub heights are planned for the 3.0M122.

REpower Systems SE, a wholly owned subsidiary within the Suzlon group, is one of the world's leading manufacturers of onshore and offshore wind turbines. The international mechanical engineering company develops, produces and markets wind turbines for almost any location - with rated outputs of 1.8 MW to 6.15 MW and rotor diameters of 82 metres to 126 metres. Furthermore, the company offers its customers project specific solutions in the areas of turnkey, service and maintenance, transport and installation, as well as foundation planning and construction. The profitable and reliable systems are designed at the REpower TechCenter in Osterrönfeld and manufactured at its plants in Husum (North Friesland), Trampe

(Brandenburg) and Bremerhaven as well as Portugal, India and China. With more than 2,900 employees worldwide the company headquartered in Hamburg can make use of the experience gained from the manufacture and installation of over 3,800 wind turbines around the world. REpower is represented by distribution partners, subsidiaries and participations in European markets such as France, Belgium, the UK, Italy, Portugal, Sweden, Poland and Spain as well as on a global level in the USA, China, Australia and Canada.

The Suzlon Group is ranked as the world's fifth largest[1] wind turbine supplier, in terms of cumulative installed capacity, at the end of 2011. The company's global spread extends across Asia, Australia, Europe, Africa and North and South America approaching 20,000 MW of wind energy capacity installed in 30 countries, operations across 33 countries and a workforce of over 13,000. The Group offers one of the most comprehensive product portfolios - ranging from sub-megawatt on-shore turbines at 600 Kilowatts

(KW), to the world's largest commercially-available offshore turbine at 6.15 MW - with a vertically integrated, low-cost, manufacturing base. The Group - headquartered at Suzlon One Earth in Pune, India - comprises Suzlon Energy Limited and its subsidiaries, including REpower Systems SE. Visit us at www.suzlon.com