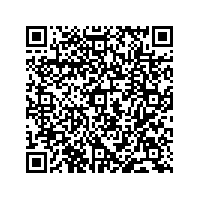 Sun Doubles Performance and Cuts Power Consumption by up to 38% with Combination of SSD-Based Servers, OpenSolaris and Solaris ZFS

(PresseBox) ( Santa Clara, CA, 09-03-12 )
Sun Microsystems, Inc. (NASDAQ:JAVA) today announced the next step in its end-to-end enterprise Flash strategy with the availability of robust solid state drive (SSD) Flash technology in its x64, chip multi-threaded (CMT) Rack and Blade systems. Selected Sun x64 and CMT systems are available for free 60-day trials via Sun's Try and Buy program, with up to 20-40 percent discount if the system is purchased at http://www.sun.com/tryandbuy

The enterprise Flash market is poised for significant growth in 2009, driven by better economies of scale for Flash technology that more efficiently allows companies to serve and manage exponentially growing amounts of data. The first major vendor to announce an end-to-end Flash strategy in early 2008, Sun has integrated Flash technology into its popular Sun Storage 7000 Unified Storage family and today introduced SSD innovation into its leading server portfolio.

"Sun's innovative x64 and CMT server designs with the Solaris OS push data center efficiency to its limits on performance, scalability and energy requirements," said John Fowler, executive vice president, Systems Group, Sun Microsystems. "Sun is leading the charge with the addition of Flash technology to our server platforms that blow the doors off with huge performance increases, greater cost efficiencies and savings in power consumption."

"The industry has witnessed the evolution of Flash technology from consumer products like the Apple iPod into the enterprise datacenter, driven primarily by decreasing costs for Flash technology and the promise of better application performance in a lower power envelope," said Gene Ruth, senior analyst with the Burton Group. "The integration of solid state disk innovation and servers is a natural fit and promises compelling price/performance points for customers."

Sun also today announced the Sun Flash Analyzer, the industry's first and only tool that gives customers insight into their SSD-based servers to understand how to increased application performance. This new tool detects I/O intensive applications that can best leverage Flash technology and will then make suggestions about ways to improve system performance. The Sun Flash Analyzer runs on Solaris 10 OS, Windows and Linux operating environments and can easily be downloaded at http://sun.com/flash/resources.

For more information about Sun's new SSD server portfolio, the Sun Flash Analyzer tool or the Solaris OS, please see http://www.sun.com/offers/details/ssd_sun_servers.html and click on the "Unleashing Application Performance with Solid-State Drives and Sun Servers" white paper or these blue prints: "Optimizing Systems to use Flash Memory as a Hard Drive Replacement" or "Deploying Hybrid Storage Pools with Flash Technology and the Solaris ZFS File System."

Sun Microsystems develops the technologies that power the global marketplace. Guided by a singular vision -- "The Network is the Computer" -- Sun drives network participation through shared innovation, community development and open source leadership. Sun can be found in more than 100 countries and on the Web at http://sun.com.