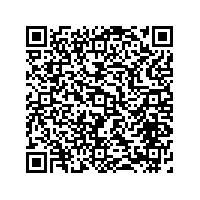 The contract envisages delivery of the SSJ100 Long Range version with 93 seats: 8 seats for business class and 85 for economy.

The Execution of this contract follows to the successful cooperation of SCAC and Yakutia, which has been operating two SSJ100s through domestic and international routes since early 2013. The value of the new contract is nominated in Russian Rubles.

«Entry into service of three more SSJ100 aircraft will allow the company not only to upgrade the fleet and expand the route network, but also to reduce the financial risks related to lease payments guarantee due to a fixed rate in Russian Roubles», - said Ilya Tarasenko, President of Sukhoi Civil Aircraft Company.

"After more than two years of SSJ100 service in extreme climatic conditions of the northern region, with constant cooperation with the manufacturer and mutual proposals for improving the operation of the aircraft, Yakutia Airlines management and specialists recognize the Sukhoi Superjet 100 promising aircraft and can be considered for development of the Airline's fleet", - said Director General of Yakutia Airlines Olga Fedorova.

Since the beginning of operations in Yakutia Airlines, the two Sukhoi Superjet 100 aircraft have reached more than 8.000 flight hours. Now the SSJ100s operated by Yakutia, might be seen in the airports of more than 15 cities worldwide, and this number is continuously increasing. The airline uses this aircraft to perform flights to the Far East, Siberia, Ural, South of Russia and also to China, Japan and South Korea.

The SSJ100 is a 100 seat regional jet designed, developed and built by Sukhoi Civil Aircraft Company (SCAC), in partnership with Finmeccanica-Alenia Aermacchi. On May 19th 2008 SSJ100 successfully accomplished its first flight. The Sukhoi Superjet 100 cruises at a Maximum Operating Speed of Mach 0.81 and 40,000 feet. It takes off from a 1,731 meters runway in the basic range and 2,052 meters in the long range. The operating range for the basic version is 3,048 km and 4,578 km for the long range version. All models of the Sukhoi Superjet 100 are equipped with the same engine, two SaM 146 turbofans. Today the SSJ100 is certified by multiple National Aviation Authorities: EASA, IAC AR and Mexican, Laos, Indonesian Civil Aviation Authorities. In 2011 the first production SSJ100 entered into service.

The Company's shareholders are Sukhoi Holding (a UAC Company) and the Italian Finmeccanica-Alenia Aermacchi since April 7, 2009. Sukhoi Civil Aircraft was founded in 2000 to develop new regional aircraft projects and is in charge of the aircraft development, certification and production. Headquartered in Moscow, Sukhoi Civil Aircraft has a branch seated in Russian city of Komsomolsk-on-Amur. Sukhoi Superjet 100 is the main project of the Company.