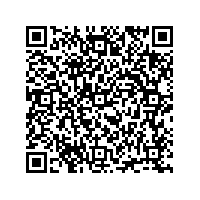 This Supplemental Type Certificate allows the SSJ100 landing in complicated weather conditions when runway visibility does not exceed 175m, including landing with up to 10 m/s flank wind, when the airport has the respective certification and crews are certified to perform flights under CAT IIIa minimum.

Sukhoi Civil Aircraft Company successfully performed wide range of tests to evaluate the SSJ100 aircraft characteristics in respect of automatic landing under CAT IIIa using all combinations of operating weights and centers-of-gravity, with simulation of crucial engine failure at different segments of descent path and at stiff wind.

Total test program within the period from November 2011 till December 2013 exceeded 250 hours and involved three test SSJ100s. The total amount of automatic approaches during performance of flight tests amounts to 425.

The Sukhoi Superjet 100 capability to perform landing in bad weather conditions and low visibility becomes a considerable competitive advantage for the airlines which have this type of aircraft in their fleet.

Another Supplemental Type Certificate widening the operational scope of SSJ100 in respect of flank wind strength constraints on the runways with poor traction has also been already received.

Sukhoi Superjet 100 (SSJ100):
The SSJ100 is a 100 seat regional jet designed, developed and built by Sukhoi Civil Aircraft Company (SCAC), in partnership with Alenia Aermacchi, a Finmeccanica Company. On May 19th 2008 SSJ100 successfully accomplished its first flight. The Sukhoi Superjet 100 cruises at a Maximum Operating Speed of Mach 0.81 and 40,000 feet. It takes off from a 1,731 meters runway in the basic range and 2,052 meters in the long range. The operating range for the basic version is 3,048 km and 4,578 km for the long range version. All models of the Sukhoi Superjet family are equipped with the same engine, two SaM 146 turbofans produced by PowerJet, a joint venture between Snecma and Saturn.Today the SSJ100 is certified by multiple National Aviation Authorities: European EASA, Russian IAC AR and Mexican, Laos and Indonesian Civil Aviation Authorities. In 2011 the first production SSJ100 entered into service.

The Company's shareholders are Sukhoi Holding (a UAC Company) (75% - 1 share) and the Italian Alenia Aermacchi, a Finmeccanica Company, holding 25% + 1 share since April 7, 2009. Sukhoi Civil Aircraft was founded in 2000 to develop new regional aircraft projects and is in charge of the aircraft development and production. The company is also responsible for SSJ100 marketing, sales in Russia, the CIS, China, India, Middle East and Southeast Asia. Headquartered in Moscow. Sukhoi Civil Aircraft has branches seated in Russian cities of Komsomolsk-on-Amur, Ulyanovsk and Zhukovsky. Sukhoi Superjet 100 is the main project of the Company.

SKYport in a Multi-Airport Project for Scottish airports