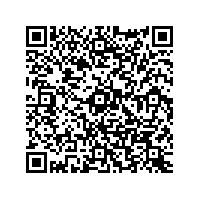 Subscribe to news
(PresseBox) ( Strausberg, 17-07-24 )
From July 24 to July 30, Stemme USA will exhibit at the 2017 EAA AirVenture in Oshkosh, WI USA. Visitors to the Stemme booth No 208 & 209 can experience the brand-new developments of Stemme's Twin Voyager S12 flagship aircraft.

Stemme USA presented its flagship Twin Voyager S12 to pilots around the world on EAA Air Venture last year. The response from the market was extremely positive and higher than expected – and finally led to additional orders in 2016/2017 in hand.

With its 25 m (82 ft.) wingspan this high-performance glider achieves a glide ratio of up to 53. The unique folding propeller that disappears completely into the dome during glide mode gives the aircraft excellent aerodynamics, while the powerful ROTAX 914 F2/S1 Turbo engine gives pilots uncompromising cruise performance.

To fulfil different requirements and preferences among pilots Stemme decided to develop the S12 even further: Customers who preferably use the aircraft for touring might choose the new 22.1 m (72.5 ft.) wing. This reduced wingspan results in a faster rollrate and higher cruise speed. Another innovation in this aircraft category is the full GARMIN Glasscockpit panel, including certified autopilot. This configuration can also be seen at the show.

Paul Masschelein, CEO, Stemme AG: “Even though pilots of the S12 are indulged by the best of two worlds – pure adventure of gliding and powerful touring – they are always striving for better performance, more convenient handling and excellent touring capabilities. With our latest developments around the S12 we are happy to address these preferences."

Your direct Stemme contact in the USA and also on-site at AirVenture is Don Bell. He has known the company and its motor gliders for many years. Together with Wesley Chumley, an experienced Stemme pilot, he is leading Stemme USA and provides demo flights all over the United States. In the future, Stemme USA will also take the basic European HORIZONS idea of flying and enjoyment to trips in different places in the USA. Information on Stemme tours all around the world as well as contact information for your nearest Stemme representative are available at www.stemme.com.