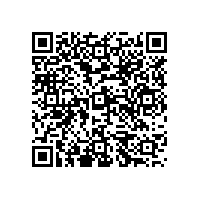 (PresseBox) ( Basel/Switzerland and Bridgewater NJ/USA, 08-05-23 )
Speedel Holding Ltd (SWX: SPPN) today announced that it has received from Novartis the royalty report regarding SPP100/Aliskiren (Tekturna/Rasilez[1]) for the three months ending 31st March 2008. Consequently Speedel has updated its revenues and now confirms that it has earned a total of CHF 2.58 million for the first quarter of 2008 compared to management's best estimate of CHF 2.20 million previously announced with its financial results on May 15.

The royalty report from Novartis includes details on the royalties due to Speedel from Novartis' reported net sales of USD 28 million for SPP100/Aliskiren in the U.S., Europe and in other countries. This report also includes details on the cost-of-goods savings which Novartis has achieved for product sold during the first quarter, using the chemical synthesis route developed by Speedel and licensed to Novartis in 2002. A further increased proportion of the product sold by Novartis in the first quarter was reported to be eligible for the savings on cost-of-goods stipulated in the licensing agreement.

Of the royalties due to Speedel on sales of SPP100/Aliskiren, the majority arise from sales of Tekturna/Rasilez[1] as a single product pill. However, in January 2008, when Novartis launched Tekturna HCT[2] as a single tablet combination with the diuretic HCT in the U.S., Speedel also became eligible for royalties on this 'combo' product as the licence contract clearly stipulates. The royalties that Novartis have reported as being due to Speedel on sales of Tekturna HCT[2] are lower than Speedel believes to be a fair consideration and discussions are continuing to resolve this disagreement.

Alice Huxley, CEO, stated: "We are glad that the cost-of-goods savings arising from Novartis' use of the manufacturing process developed by Speedel for SPP100 are making a growing contribution to our revenues. It is encouraging to see the first fruits of our major technical breakthrough which enabled the first renin inhibitor to come to market.

Unfortunately we also have a disagreement with Novartis. The issue at stake is the level of royalty revenues that we should be receiving from sales of the combination or 'combo' drug Tekturna[1] + Diuretic HCT for which Novartis received U.S. marketing approval from the FDA in January of this year. While the U.S. prescriptions for Tekturna HCT[2] in Q1 are rather small we expect them to grow over time so this is an issue that we will need to resolve for the future."

Speedel is a public biopharmaceutical company that seeks to create value for patients, partners and investors by developing innovative therapies for cardiovascular and metabolic diseases. Speedel is a world leader in renin inhibition, a promising new approach with significant potential for treating cardiovascular diseases. Our lead compound SPP100, Aliskiren (Rasilez/Tekturna[1]) the first-in-class direct renin inhibitor, was in-licensed from Novartis in 1999 and licensed-back to Novartis Pharma in 2002 for further development and commercialisation; SPP100 was approved by the FDA in the US in March 2007, and by the EMEA in the EU in August 2007. Our pipeline covers four different modes of action, and in addition to SPP100, includes SPP301 (an endothelin receptor A antagonist) in Phase II, SPP200 (a direct thrombin inhibitor) in Phase II, the next generation renin inhibitors SPP635 (in Phase Il), SPP1148 and SPP676 (both in Phase I) and several pre-clinical projects, including SPP2745 (aldosterone synthase inhibitor).
Speedel develops novel product candidates through focused innovation and smart drug development from lead identification to the end of Phase II. We either partner with big pharma for Phase III and commercialisation in primary-care indications, or we may ourselves complete Phase III development in specialist indications. Candidate compounds for development and the company's intellectual property come from our late-stage research unit Speedel Experimenta and from in-licensing. Our team of approximately 80 employees, including over 30 experienced pharmaceutical scientists, is located at our headquarters and laboratories in Basel, Switzerland and at offices in New Jersey, USA and Tokyo, Japan.
Speedel was founded in 1998 as a private company. In September 2005 the company's shares were listed on the SWX Swiss Exchange under the symbol SPPN. Further information is available at www.speedel.com.