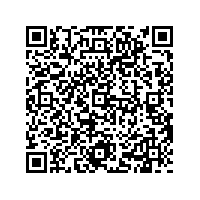 Subscribe to news
(PresseBox) ( London, 17-03-22 )
Sopra Steria, a European leader in digital transformation, reveals today that UK citizens are keener than ever to use digital public services. However, there are significant concerns about privacy and the security of their personal information.

The research report, conducted by Ipsos for Sopra Steria, found that 83% of UK citizens want to access public services via digital channels. Security of data and confidentiality of personal information is the main blockage. Half (48%) of the citizens surveyed are worried about unauthorised access to their data. However, government is considered part of the solution - over half of those surveyed (54%) said increased government involvement could assuage their security fears.

Philip Craig, Strategic Director, Government Sector at Sopra Steria, commented: “No single factor will alter citizens’ experience of government more than digital technologies. They are telling us that the next phase of digital transformation must promote collaboration across departmental boundaries, particularly in health. But citizens want further reassurance that this joined-up government is secure and their personal information is protected.”

Other key findings from today’s report, entitled: The Citizen View of the Digital Transformation of Government, highlight that:


64% of UK citizens describe digital government as advanced, but their experience still falls short of the best of the private sector
Nearly three quarters (74%) of citizens say the development of online public services should remain a government priority
Citizens want government to invest in the creation of a single portal, that allows access to multiple public services (76% said this was a priority), and greater use of technology and online services for health (49%)
Despite the exponential increase in data generated by government, only a third of citizens could cite examples of services that used data and information from other parts of government (notably passport applications and driving license renewals)
Nearly half of UK citizens (48%) said they were worried about unauthorized access to their data and over one third (39%) were concerned about providing personal information online

Ipsos conducted European market research with 4,000 citizens from the UK, France, Germany and Norway to find out their views on digital government services. The sample size from each country was 1,000 citizens. The research was carried out during September 2016.

Sopra Steria, a European leader in digital transformation, provides one of the most comprehensive portfolios of end-to-end service offerings on the market: consulting, systems integration, software development, infrastructure management and business process services. Sopra Steria is trusted by leading private and public-sector organisations to deliver successful transformation programmes that address their most complex and critical business challenges. Combining high quality and performance services, added value and innovation, Sopra Steria enables its clients to make the best use of digital technology. With 40,000 employees in more than 20 countries, Sopra Steria had revenue of €3.7 billion in 2016.

For more information, visit us at www.soprasteria.com