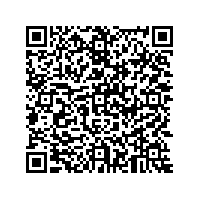 Sonova shareholders approve all motions of the Board of Directors

The shareholders approved the Annual Report, the Annual Consolidated Financial Statements of the Group and the Annual Financial Statements of Sonova Holding AG for 2016/17 and authorized the proposed appropriation of retained earnings and a gross dividend of CHF 2.30 per share. This amounts to a payout of approximately CHF 150.2 million corresponding to a normalized payout ratio of 41%. The distribution will be made with the anticipated value date of June 19, 2017.

PricewaterhouseCoopers AG, Zurich, were re-elected as auditors for a further period of one year. Andreas G. Keller was re-elected as the Independent Proxy.

The presentation and the minutes (in German) of the 2017 Annual General Meeting will soon be available on our website: www.sonova.com/en/AGM

This Media Release contains forward-looking statements, which offer no guarantee with regard to future performance. These statements are made on the basis of management’s views and assumptions regarding future events and business performance at the time the statements are made. They are subject to risks and uncertainties including, but not confined to, future global economic conditions, exchange rates, legal provisions, market conditions, activities by competitors and other factors outside Sonova’s control. Should one or more of these risks or uncertainties materialize or should underlying assumptions prove incorrect, actual outcomes may vary materially from those forecasted or expected. Each forward-looking statement speaks only as of the date of the particular statement, and Sonova undertakes no obligation to publicly update or revise any forward-looking statements, except as required by law.

Sonova, headquartered in Stäfa, Switzerland, is the leading provider of innovative hearing care solutions. The Group operates through its core business brands Phonak, Unitron, Hansaton, Advanced Bionics and AudioNova. Sonova offers its customers one of the most comprehensive product portfolios in the industry - from hearing instruments to cochlear implants to wireless communication solutions. Founded in 1947, the Group is currently present in over 100 countries across the globe and has a workforce of over 14,000 dedicated employees. Sonova generated sales of CHF 2.4 billion in the financial year 2016/17 and a net profit of CHF 356 million. Across all businesses, and by supporting the Hear the World Foundation, Sonova pursues its vision of a world where everyone enjoys the delight of hearing and therefore lives a life without limitations.