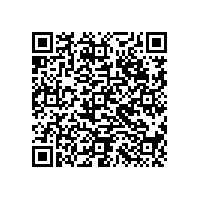 Subscribe to news
(PresseBox) ( Staefa (Switzerland), 12-07-10 )
Sonova Holding AG informs today about the decision of the Sanction Commission of the SIX Swiss Exchange regarding the timeliness of its profit warning issued on March 16, 2011. The Sanction Commission has ruled that the profit warning should have been published already on Friday, March 4, 2011. The Sanction Commission considers this a breach of the provisions on ad hoc publicity in the Listing Rules. The company has been levied a fine in the amount of CHF 2 million. This will not have an impact on the Sonova's profit and loss account; a provision for the fine was already recorded in the 2010/11 financial statements.

"Sonova Holding AG accepts the decision, even though we do not agree with every aspect of the assessment and reasoning by the Sanction Commission. We will not appeal against this decision", says Robert Spoerry, Chairman of the Board of Directors. "I am pleased that this investigation is completed and that we can close another chapter regarding the events in March 2011."

The SIX Swiss Exchange started an investigation against Sonova Holding AG back in March 2011 related to a profit warning issued on March 16. On March 30, 2011, the company had already admitted that it believed that the profit warning had been issued too late. Sonova also assured the SIX Exchange Regulation of its full cooperation in their investigation.

This Media Release may contain forward-looking statements which offer no guarantee with regard to future performance. These statements are made on the basis of management's views and assumptions regarding future events and business performance at the time the statements are made. They are subject to risks and uncertainties including, but not confined to, future global economic conditions, exchange rates, legal provisions, market conditions, activities by competitors and other factors outside the company's control.

Sonova Holding AG, headquartered in Staefa, Switzerland, is the leading manufacturer of innovative hearing care solutions. The group operates through its three core business brands Phonak, Unitron, Advanced Bionics. Sonova develops and distributes advanced hearing care solutions such as hearing instruments, cochlear implants, wireless communication systems for audiological applications as well as professional solutions for hearing protection. With the most extensive product portfolio and the highest R&D investment in the industry, Sonova aims to be the recognized innovation leader in the global hearing care market. Present across the globe in over 90 countries, and with a workforce of over 8,000 dedicated employees, Sonova generated sales of CHF 1,62 billion in the financial year 2011/12 and a net profit of CHF 246 million. A focused corporate strategy drives Sonova sustainably further in a growing and still significantly under-penetrated market. Founded in 1947, the company has been devoted to promoting better understanding and communication for over 65 years, thus considerably improving people's hearing ability and speech intelligibility and thereby their quality of life.