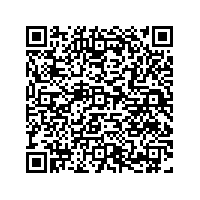 Subscribe to news
(PresseBox) ( Stäfa, 13-04-26 )
Sonova Holding AG informs that its US subsidiary Advanced Bionics LLC (AB) decided to appeal the verdict of the Kentucky Western District Court announced last week. A jury awarded the plaintiff unexpectedly high damages in a case related to a HiRes 90K cochlear implant placed in January 2006, more than three years prior to the acquisition of AB by Sonova in 2009. After a comprehensive review, AB decided to increase its provisions for claims of this kind by CHF 198 million. This will be accounted for in the 2012/13 financial results. The company has carefully reassessed the required provisions for any remaining claims related to the March 2006 recall and is not prepared to go beyond this threshold.

Last week, Sonova provided information about the verdict in the case of Sadler v. Advanced Bionics (AB) heard in the Kentucky Western District Court. A patient, whose cochlear implant had to be replaced, filed a claim and was awarded damages totaling USD 7.25 million by a jury. In January 2006, the patient had received a HiRes 90K implant manufactured by AB. Four years later the implant malfunctioned due to moisture ingress.

The implant in question was part of a voluntary recall issued by AB in March 2006. The issue with the device recalled was related to the feedthrough assembly, a component provided by one of two approved vendors (AstroSeal commonly referred to as 'Vendor B'), affecting some, but not all HiRes 90K devices manufactured prior to March 2006. The company promptly initiated a voluntary recall of all unimplanted devices that contained the Vendor B component and immediately ceased the use of components from Vendor B. The recall was resolved prior to the acquisition of AB by Sonova in 2009.

Worldwide, a total of just over 4,000 devices affected by the recall were implanted between 2003 and 2006. To date, roughly one third of these implants have been explanted due to recall related failures. Since the 2006 recall, the rate of observed device failures has been decreasing and we expect a further deceleration going forward. We estimate that ultimately up to a total of approximately 50% of the devices originally implanted may fail. To date, the vast majority of explanted Vendor B devices were dealt with under the terms of the ten year warranty, and a substantial number of cases were settled out-of-court.

AB has continuously monitored these cases and assessed the costs to ensure sufficient coverage through insurance, warranty and provisions. The Sadler case was decided by a court trial after substantial settlement efforts were unsuccessful. This is the first case related to the recall in 2006, which was decided by a court verdict and where damages were awarded to the plaintiff. They consist of compensatory damages including medical expenses as well as punitive damages. In the United States, both the verdict and the amount of the damages is decided by a jury. "AB always puts patient safety first. We did not expect punitive damages and disagree with the jury's decision. AB will appeal the verdict and is also prepared to vigorously challenge any future cases. We will further strengthen our litigation management team," explains Lukas Braunschweiler, CEO of Sonova.

In view of the new circumstances, AB has thoroughly reassessed its provisions for claims of this category, increasing them from previously CHF 52 million by CHF 198 million to a total of CHF 250 million. AB expects that the resolution of pending cases could take several years. The increase of the provisions will affect the financial year 2012/13 results due to be reported in May and were not included in the current guidance for financial year 2012/13 of the Sonova Group.

Looking ahead, the cochlear implant segment continues to play a pivotal role in Sonova's strategy. With AB, Sonova can offer customers a comprehensive portfolio of solutions for every type of hearing loss. AB has continuously improved its design, manufacturing and quality assurance processes and teams and just recently passed an extensive FDA audit that led to the approval of a brand new, state of the art manufacturing facility in Valencia, California. Today, the HiRes 90K implant leads the industry with its reliability rate. "AB improves the quality of life of thousands of people. With a great number of HiRes 90K devices successfully implanted since the recall in 2006, the company continues to allow recipients the opportunity to hear their best. AB's clear focus is customer driven innovation, and it is dedicated to ensure the quality and reliability of its solutions," says Lukas Braunschweiler.

This Media Release contains forward-looking statements, which offer no guarantee with regard to future performance. These statements are made on the basis of management's views and assumptions regarding future events and business performance at the time the statements are made. They are subject to risks and uncertainties including, but not confined to, future global economic conditions, exchange rates, legal provisions, market conditions, activities by competitors and other factors outside Sonova's control. Should one or more of these risks or uncertainties materialize or should underlying assumptions prove incorrect, actual outcomes may vary materially from those forecasted or expected. Each forwardlooking statement speaks only as of the date of the particular statement, and Sonova undertakes no obligation to publicly update or revise any forward-looking statements, except as required by law.

Sonova Holding AG, headquartered in Staefa, Switzerland, is the leading manufacturer of innovative hearing care solutions. The group operates through its core business brands Phonak, Unitron, Advanced Bionics and Connect Hearing. Sonova offers its customers one of the most comprehensive product portfolios in the industry - from hearing instruments to cochlear implants to wireless communication solutions. Founded in 1947, the group is currently present in over 90 countries across the globe and has a workforce of over 8,500 dedicated employees. Sonova generated sales of CHF 1,62 billion in the financial year 2011/12 and a net profit of CHF 246 million. By supporting the Hear the World Foundation, Sonova pursues its vision of a world where everyone enjoys the delight of hearing and therefore lives a life without limitations.