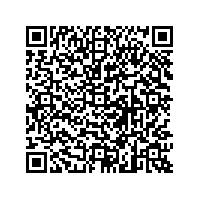 Subscribe to news
(PresseBox) ( Berlin, 10-08-11 )
On behalf of Tucson Electric Power Company (TEP), SOLON Corporation, which is the U.S. subsidiary of Berlinbased solar energy company SOLON SE, will build a 1.6MWp power plant in Tucson, Arizona. The agreement pertains to the turnkey construction of the power plant for TEP, which will then own and operate the plant. Completion is scheduled by the end of this year. The University of Arizona will host it at UATechPark's SolarZone, a 200 acre project that brings industry, research and solar demonstration components into a solar integration center.

The power plant will be built using SOLON Velocity, a system based on modular components that allows the construction of largescale power plants with short planning and building phases and a high degree of standardization. The solar power system will consist of eleven SOLON singleaxis tracking systems and a total of 5,808 SOLON modules.

SOLON Velocity is a highlyscalable power plant system solution that was initially developed for the U.S. market and will be presented to the European market by SOLON SE this September at the PVSEC trade show in Valencia.

Tucson Electric Power Company is the secondlargest private energy supplier in Arizona and key subsidiary of UniSource Energy, a publiclytraded power and gas company that is active throughout the state of Arizona. TEP supplies electricity to more than 375,000 customers in south Arizona.

SOLON Corporation was founded in 2007 and is headquartered in Tucson, Arizona, where it manufactures ULcertified solar modules for the North American market The company is one of the largest crystalline silicon solar module manufacturers in the U.S. and system provider of largescale solar power plants.

SOLON SE is one of the largest manufacturers of solar modules in Europe as well as a supplier of solar system technology for largescale rooftop and greenfield installations. The SOLON Group has subsidiaries in Germany, Austria, Italy, France, Switzerland, and the U.S. and employs some 950 people worldwide. SOLON's core business is producing solar modules and photovoltaic systems along with planning and constructing large rooftop installations and turnkey solar power plants all over the world.