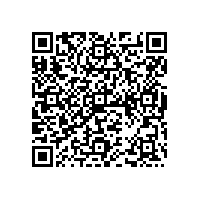 Berlinbased SOLON SE (ISIN DE0007471195) today published its interim report for the six months ended June 30, 2010, according to which Group revenue once again nearly doubled year on year. This favorable financial development is first and foremost a consequence of brisk business in Germany. The decision to adopt the midyear reduction of the feedin compensation for solar power sparked high demand among German customers, and this, in turn, had a very positive effect on the components business of SOLON, which as previously generated the largest portion of Group revenue (82%). Conversely, due to the waitandsee attitude of several banks in financing customer projects, the system technology business was still unsatisfactory in the second quarter. After the successful conclusion of its refinancing negotiations at the beginning of June, however, the Company observed a noticeable recovery in this area. The improvement was evidenced by a number of new orders, particularly in Italy and the USA, that will lead to revenue in the coming quarters.

Due to high demand anticipated for the third quarter, the carrying amount of inventories increased to €123.3 million (December 31, 2009: €90.6 million). This resulted in a negative operating cash flow of €18.2 million in the first six months (H1 2009: negative operating cash flow of €10.3 million). Working capital was €172 million and hence slightly lower than on March 31, 2010. The ratio of working capital to revenue generated in the past twelve months declined to 36%. Net debt as of the reporting date amounted to €367 million.

In consideration of the favorable business trend in the first half of the year and the strong outlook for sales in the third and fourth quarters, the Company's management projects that Group revenue for the year 2010 will be significantly higher than €500 million with a breakeven operating result.

The complete interim report of SOLON AG for the six months ended June 30, 2010, is available for download from the Company's website (www.solon.com).

SOLON SE is one of the largest manufacturers of solar modules in Europe as well as a supplier of solar system technology for largescale rooftop and greenfield installations.

The SOLON Group has subsidiaries in Germany, Austria, Italy, France, Switzerland, and the U.S. and employs some 950 people worldwide. SOLON's core business is producing solar modules and photovoltaic systems along with planning and constructing large rooftop installations and turnkey solar power plants all over the world.