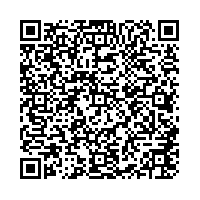 The two separate photovoltaic systems located on 3.6 and 5 hectares of land are situated at the base of Mont Ventoux at an altitude of 1,100 meters. There, they can absorb the high levels of direct sunlight in the foothills of the Alps in Provençal France. Nearly 14,500 SOLON Blue 230 polycrystalline solar modules were set up on the converted site and they can generate enough energy to supply 3,000 people with electricity each year.

Alain Desvigne, CEO of SOLON SAS, adds: "We are delighted that our first solar power plants in France are finally completed. It serves as a top-notch reference for our sales subsidiary in Lyon to use the opportunities in the fast growing photovoltaic market in France."

Previously the French army had used the sites as launch pads for nuclear missiles until the 1990s, when they were abandoned. Both Projects have been developed for investor groups, International Energy Investments Group and Investricity Group, two Irish based Solar Investment Aggregators.

SOLON SE is one of the largest manufacturers of solar modules in Europe as well as a supplier of solar system technology for large-scale rooftop and greenfield installations. The SOLON Group has subsidiaries in Germany, Austria, Italy, France, Switzerland, and the U.S. and employs some 950 people worldwide. SOLON's core business is producing solar modules and photovoltaic systems along with planning and constructing large rooftop installations and turnkey solar power plants all over the world.