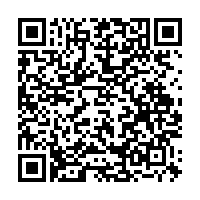 The CEO of SMT Scharf AG, Hans Joachim Theiss, comments on 2016 business trends: "The improvement in profitability reflects the successes of measures we implemented in the area of operating excellence, which are now paying off for us. In terms of EBIT margin, we clearly exceeded the 4.1 percent target we originally set ourselves. Our bottom-line earnings are also up by a good fourth on the previous year's level. Full-year order intake for new systems remained moderate given the economic situation in the mining sector worldwide. Pleasingly, an increasing recovering of raw materials prices on world markets became evident at the year-end, which accelerated our fourth-quarter sales revenue growth. Our Service business also proved to be robust again in 2016. Overall, we performed well on the market, while at the same time strengthening the company's intrinsic value."

The cost of materials ratio (in relation to total operating revenue) reduced to 51.5% (2015: 53.9%), which is partly attributable to the valuation allowances applied to inventories in the previous year. The personnel expense ratio (in relation to total operating revenue) of 27.4% was up year-on-year (2015: 24.1%). This increase reflects the basis effect from the lower revenue level in the 2016 fiscal year. The operating result (EBIT) reached EUR 2.5 million (2015: EUR 2.3 million). Consolidated net income reported a further improvement to EUR 1.9 million (2015: EUR 1.5 million). Earnings per share amounted to EUR 0.45 accordingly (2015: EUR 0.36).

"Despite continuing risks to the world economy, we assume the market for mining equipment is undergoing a cyclical trend turnaround. Given the good new order intake trend of the last months and forthcoming orders from the Asian region, we anticipate consolidated revenue for 2017 of at least EUR 40 million to EUR 44 million and EBIT between EUR 2.2 million and above EUR 3.0 million," as Theiss notes concerning the current management forecast. "From our strong market position, we aim to participate to an above-average extent from the forthcoming upturn in the mining sector and from growth in the tunnel construction sector, although we do not yet anticipate any significant revenues in the latter area in 2017. Besides this, we are strengthening our activities in South America with the founding of our own sales company in Chile, where we see major sales opportunities due to numerous hard rock mining locations."

The 2016 Group financial report was published today at www.smtscharf.de within the Investor Relations area.