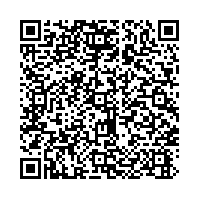 During the first half of 2017 the Sixt Group registered strong gains in earnings that outstripped internal expectations. Consolidated earnings before taxes (EBT) improved by a quarter (+25.3%) to EUR 102.6 million. Accordingly, the operating return on sales (EBT to consolidated operating revenue) gained 1.4 percentage points to 9.6%. In the second quarter it actually reached 11.5%. Sixt benefits from ongoing strong foreign operations in its Vehicle Rental business, above all in such key markets as Spain, France and the US. As announced already on 20 July 2017, the Management Board upgraded its outlook for the full fiscal year 2017.

Erich Sixt, CEO of Sixt SE: “With a return on sales of nearly 10% during the first half of the year, Sixt proves once more that we are probably the most profitable international vehicle rental provider worldwide. Outside of Germany we not only benefit from our own growth initiatives, such as the successful launch of own operations in Italy. Shifting tourism flows in the Mediterranean region to countries such as France and Spain also work our way. All in all, our outlook for the current fiscal year has become substantially more optimistic.”

Key Group figures for the first six months of 2017

- Consolidated operating revenue (excluding revenue from the sales of returned leasing vehicles) went up 6.3% to EUR 1.07 billion compared to EUR 1.00 billion generated over the same period the year before.

- Operating revenue for the Vehicle Rental Business Unit came to EUR 848.3 million, a gain of 6.4%. Foreign operations climbed by 12.3% to EUR 453.1 million, benefiting from numerous measures geared at intensifying sales and marketing activities in the Western European countries and the USA. In popular holiday destinations as Spain and France, demand was boosted given the politically instable situation in other Mediterranean countries. The share of foreign business in operating revenue continued to climb, up from 50.6% in H1 2016 to currently 53.4%.

- Operating leasing revenue (without the proceeds from sales) increased 6.0% to EUR 218.4 million (H1 2016: EUR 206.1 million). Sixt Leasing SE managed to expand its Group contract portfolio substantially in the first six months over the figure at the end of 2016 and added some 13.5% to a total of 128,900 contracts. Growth was carried through by the highly dynamic development in its private and commercial customer leasing (Online Retail business field), which saw its contract portfolio grow by 55.1%.

Outlook for the full-year 2017

In view of the gratifying business performance during the first six months and the business development recorded so far in the third quarter, the Management Board announced on 20 July 2017 that it would upgrade its outlook for the full year 2017. The Board now expects to see a significant increase in consolidated EBT (2016: EUR 218.3 million). Sixt also expects solid growth of the consolidated operating revenue (2016: EUR 2.12 billion). So far the Management Board had envisaged a stable to slightly higher Group EBT as well as a slight increase in consolidated operating revenue.

Sixt SE publishes its half-yearly financial report as at 30 June 2017 today on its website at http://ir.sixt.eu.