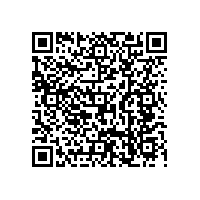 Once again, S&P awarded its AA- credit rating to SIX Group. Group companies, SIX SIS Ltd and SIX x-clear Ltd, which provide securities services and are regulated as banks, were each reassigned an AA rating.

Stefan Mäder, CFO SIX Group, commented as follows: "We are extremely proud that S&P has affirmed our high rating in such a tough economic climate. This high rating is not just important to us as the backbone of the Swiss financial marketplace, but to market players as well."

SIX Group operates Switzerland's financial market infrastructure and offers on a global scale comprehensive services in the areas of securities trading, clearing and settlement, as well as financial information and payment transactions. The company is owned by its users (150 banks of various size and orientation) and, with its workforce of more than 3,700 employees and presence in 23 countries, generated 2010 an operating income in excess of 1.22 billion Swiss francs. www.six-group.com