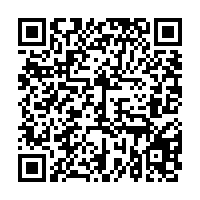 Subscribe to news
(PresseBox) ( Zürich, 10-08-24 )
SIX Group's business showed an improvement yearonyear in the first half of 2010, especially at the international level. Operating income rose by CHF 42.4 million or 7% to CHF 649 million, while Group net income fell by CHF 16.6 million or roughly 13% to CHF 108 million. The euro's weakening versus the Swiss franc had a negative impact on both operating income and Group net income.

A significant share of the growth can be attributed to the positive effects of the stake in Luxembourgbased Cetrel, the fact that SIX Card Solutions Austria transactions were included for the first time and the sharp rise in exchange trading volumes. In this respect, SIX Group profited from the improved state of the global economy and the high volatility on the financial markets. The markets contributed to the good operating result, as did stable consumer spending in Switzerland and the increasingly international scope of the cards business. The upbeat picture is clouded by low bond yields, the euro's depreciation against the Swiss franc and valuation losses on nonstrategic holdings.

Results for the first half of 2010

Due to the low level of interest rates, interest income fell by 41.7% from CHF 5.6 million to CHF 3.3 million. Income from commissions and services rose by an impressive 8.8% to CHF 555.8 million (from a yearback figure of CHF 510.7 million). This rise was caused by the inclusion of SIX Card Solutions Austria transactions for the first time and by the additional operating income resulting from the takeover of Cetrel's acquiring portfolio. At the same time, securities trading operations and downstream securities services were buoyed in the first six months of 2010 by high volatility on the markets. SIX Swiss Exchange's turnover was 11.9% higher yearonyear, Eurex's a full 20%. This result from commissions and services is all the more pleasing in view of the fact that all business fields face tough competition, with some granting substantial price discounts. Trading income fell by CHF 11.8 million to CHF 1.2 million due to valuation losses of CHF 11.1 million on nonstrategic holdings. Other income rose by 14.9% to CHF 88.8 million in the first half of 2010 (prior year: CHF 77.3 million), and operating income was up 7% midyear at CHF 649 million.

On the cost side, operating expenses increased by 11.4% yearonyear to CHF 440.7 million. As the workforce grew by 189 fulltime equivalents, personnel expenses were up 11.3% at CHF 297.8 million (prior year: CHF 267.6 million). Around two thirds of this additional expense are attributable to the staff of Cetrel and SIX Card Solutions Austria, who were not included in the yearback figures. Other operating expenses were 11.8% higher at CHF 142.9 million, mainly due to acquisitions but also as a consequence of the international development of the cards business and other strategic projects. As a result of the operating business, the gross income of CHF 208.3 million was only 1.4% below the prioryear reading. Depreciation and valuation adjustments rose by CHF 10.1 million or 18.9% to CHF 63.7 million. Writedowns were CHF 13 million higher due to an increase in fixed assets and intangible assets as a result of acquisitions, while the net expense due to valuation adjustments, provision and losses fell by CHF 2.9 million. Group net income after minority interests amounted to CHF 107.9 million in the first half of 2010 and was thus 13.3% below the prioryear figure of CHF 124.5 million.

The high volatility on the stock markets in the first six months of 2010 led to a rebound in trading activity and thus to higher turnover than in the yearback period for the Securities Trading business field. Firsthalf revenues totalled CHF 111.4 million (prior year: CHF 110.9 million). The fall of 5.2% in the number of exchange trades to 18.2 million (prior year: 19.2 million) was offset by higher prices. The result was an 11.9% rise in trading turnover to CHF 652.6 billion (prior year: CHF 583.2 billion). The decline seen in 2009 was also stopped on Eurex, the derivatives exchange run as a joint venture between SIX Group and Deutsche Börse. The total number of contracts traded was about 20% higher than the yearback figure of 899.9 million at 1,080 million. With significantly increased transaction capacity and reduced latency in proximity hosting since mid-June, SIX Swiss Exchange has responded to the growing needs of market participants with high trading volumes.

Revenues in the Securities Services business field were more or less unchanged compared with 2009 in the first half of 2010 at CHF 118.2 million (prior year: CHF 116.7 million). While revenues in custody and administration were up 10.9% at CHF 61.7 million thanks to the market recovery, transactionrelated revenues were down 0.9% yearonyear at CHF 33.1 million. Here, the higher netting rate caused the number of inhouse settlement transactions to drop by about a third to 8.7 million (prior year: 13.1 million). High volatility and transactions by new customers pushed crossborder transactions up by 19% to 2.8 million (prior year: 2.3 million), another gratifying increase. The deposit volume recovered compared with 2009 in line with the market trend, exceeding the yearback figure of CHF 2.6 billion slightly at CHF 2.7 billion. Since the start of March 2010, SIX SIS has been offering the option of holding and settling domestic Brazilian securities through a local custodian in São Paulo.

Revenues in the Financial Information business field were CHF 199.1 million after the first six months, down 3% on the yearback figure of CHF 205.3 million. More than half of this decline was due to the negative effect of the euro. With the exception of the display business, which is suffering under costsaving measures on the customer side, the other areas kept their revenues roughly in line with the prioryear levels. The end of the financial market crisis bolstered business with new customers, especially in France, the UK and the Benelux countries. In addition, SIX Telekurs built on its strong market position in the valuation of complex and illiquid securities by acquiring the evaluated pricing business of CSV, Incorporated.

The Payment Transactions business field kept its focus in the first half of 2010 on building up a leading international offering in cardbased payments and electronic payment systems. Alongside the steady revenue growth in the debit card business, which is largely unaffected by economic cycles, a pickup in the credit card business and the activation of DCC (Dynamic Currency Conversion) on Swiss ATMs in particular pushed the Multipay division's revenues up by 4.1% yearonyear to CHF 160.2 million (prior year: CHF 153.9 million). SIX Pay in Luxembourg was awarded a licence by Luxembourg's financial sector supervisory authority at the start of the year that allows it to offer its services throughout the EU. This paves the way for further expansion of the international cards business into Eastern Europe and selected countries of Western Europe. In the Cards & Payments division, the superior growth posted by Cetrel and the inclusion for the first time of SIX Card Solutions Austria transactions led to a marked increase in revenues, which were up 41.4% yearonyear at CHF 169.8 million (prior year: CHF 120.1 million). Efforts to integrate the cards portfolio of Austria's PayLife Bank into the SIX Card Solutions systems are proceeding according to plan, as shown by the impressive growth rate in the number of card transactions processed.

SIX Group expects the modest economic recovery to continue in the second half of 2010 despite increased economic risks. The outlook for stock exchanges and the cards business thus remains positive for the remainder of the year. That said, operating income will continue to be affected over the next few months by the negative impact of the euro exchange rate and by ongoing price pressure. Thanks to further progress as regards international expansion and rigorous cost control, SIX Group forecasts that its fullyear operating income will be slightly higher than in 2009, while Group net income will be roughly the same as last year.

SIX Group operates Switzerland's financial market infrastructure and offers on a global scale comprehensive services in the areas of securities trading, clearing and settlement, as well as financial information and payment transactions. The company is owned by its users (160 banks of differing size and orientation) and, with its workforce of approximately 3'700 employees and presence in 23 countries, generates annual revenues of roughly 1.3 billion Swiss francs (in 2009).
www.six-group.com