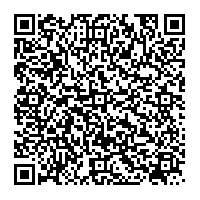 Dr.-Ing. Stefan Rinck, CEO of SINGULUS TECHNOLOGIES AG, commented: “We are very happy that Hevel directly achieved 21.75% cell efficiency after upgrading its a-Si thin-film production line to HJT technology. SINGULUS TECHNOLOGIES has invested a huge amount in the further development of the SILEX II, and thanks to its high efficiency and modern engineering, we have successfully convinced a large number of customers to invest in the new heterojunction technology”. Dr.-Ing. Rinck continues: “Particularly when converting existing manufacturing lines for a-Si thin-film solar production to heterojunction solar cells, we can offer effective solutions with our wet processing system SILEX II and our production systems for PVD coating technology".

The SILEX II supplied is a production system that transports four carriers with solar cells in parallel, thus offering a capacity in excess of 5,000 wafers per hour. The SILEX II with various processing baths uses newly developed ozone-based cleaning steps, the merits of which are short process times, versatility and ease of handling, along with very attractive low usage of chemicals. This process step plays a vital part in improving solar cell efficiency and cutting production costs. Following CE certification for the EU and Semi certification for the USA, the SILEX II has now also been granted TR CU certification for Russia.

Igor Shakhray, CEO of Hevel, added: “We are focusing on heterojunction technology both for the Russian market and export. That’s why we are using new equipment to convert our existing production facility in Russia to produce high-performance solar cells and modules with an annual production output of around 160 megawatts”. Igor Shakhray continued: “The results with the SILEX II are very positive and better than expected. We are delighted to be working in partnership with such an experienced provider of solar machinery and technology as SINGULUS TECHNOLOGIES, which has fully met our expectations”.

The company based in Moscow has a 160 MW production facility for solar PV modules in Novocheboksarsk (Chuvash Republic), an EPC unit that designs and constructs solar power plants, and a Science and Technology Center in St. Petersburg  –  the only scientific organization in Russia focused on research and development in solar energy.

SINGULUS TECHNOLOGIES is an engineering company and develops and builds machines for economic and resource-efficient production processes. The range of use of the machines built by SINGULUS TECHNOLOGIES include vacuum thin-film and plasma coating, wet-chemical cleaning and etching processes as well as thermal processing technology.
For all machines, processes and applications SINGULUS TECHNOLOGIES utilizes its know-how in the areas of automation and process technology in order to provide additional, attractive work areas with innovative products next to the existing application areas of Solar, Semiconductors, Coatings and Optical Disc.