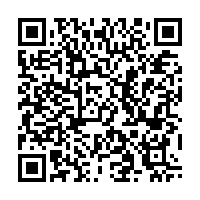 SINGULUS, with over 60 Blu-ray production systems at customer sites worldwide, has become the global market leader. The SINGULUS Blu-ray disc production system BLULINE II is designed for the economical production of Blu-ray Discs (BD ROM 50 and BD ROM 25), according to the specifications issued by the BDA.

All production steps from molding, cooling, metallizing, wet-embossing, lacquering and UV curing to quality inspection are incorporated in the BLULINE II. Its functionality, speed and design again set a new benchmark for the industry.

With 40 years of operation and 9 business areas, Microservice is an innovative company that continually invests in technology and specialization in the segments in which it operates.

With more than 1,000 employees, two Industrial Plants in São Paulo and Manaus, Microservice inaugurated the first Optical Disc factory in the Southern Hemisphere in 1987, when there were very few factories in the world. In 2007, they were the first company in Brazil to receive CDSA certification, awarded to companies that maintain programs for the prevention of piracy throughout their entire chain, from production to delivery.

Microservice believes in long term partnerships with the international brand names that they represent, their customers and their employees, since only through them can they meet their delivery commitments for complete and outstanding solutions to the market.

In 2008, SINGULUS unveiled its new BLULINE II system for the production of 50 Gigabyte dual layer Blu-Ray Discs and has since supplied a total of more than 60 systems for Blu-ray production lines.

With this acquisition, SINGULUS has successfully entered the solar equipment market. The new business area Solar will be expanded in the next couple of years.