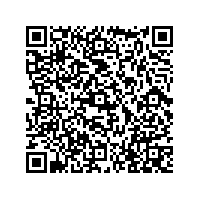 Following a severe slump in revenues during 2009, business has yet to return to its pre-crisis level. However, sales revenue is currently above target. On a less positive note, limited supply and spiralling prices have been exerting pressure on profit margins, as a result of which market performance was bifurcated in the period under review. Within the area of semi-finished plastics, more expansive investment spending in the key sales markets - chemicals and mechanical engineering - prompted a rise in sales volumes of PE and PP sheets used in tank and apparatus construction.

Business relating to plastic sheets used by the photovoltaics and solar industry also developed well in the period under review. By contrast, business centred around PVC sheets was more subdued.
As a result of surging commodity prices, procurement costs again reached an all-time high in the third quarter, thus impacting severely on margins.

Although pre-tax profits for the third quarter were above par at €1.5 million, this performance was considered unsatisfactory.

There were no significant changes to the company's financial position or cash flows in the first nine months of 2010.

As for fiscal 2010 as a whole, SIMONA expects to achieve sales revenue at the targeted level of €240-250 million. The global economic recovery has become more stable, and Germany in particular has seen its growth forecasts revised upwards. The propensity to invest within the chemical and mechanical engineering sector - an important factor for our own business performance - has improved but has yet to reach the level recorded prior to the financial and economic crisis. The high prices for raw materials processed by our company, in conjunction with supply-side shortages, will be key determinants for our future performance. SIMONA will achieve its target of positive earnings before taxes. Owing to the surge in commodity prices, however, earnings are expected to develop at a slower rate than revenue, which has been particularly buoyant.

SIMONA AG is a manufacturer of thermoplastic products with production facilities and sales offices around the globe. The company's product portfolio includes semi-finished products (sheets, profiles, welding rods), pipes and fittings as well as finished parts. SIMONA employs more than 1,200 people worldwide. In total, 35,000 products for a diverse range of applications are manufactured at facilities in Germany and abroad. Annual production exceeds 100,000 tonnes. SIMONA AG is a stock corporation listed in the General Standard. The company's registered office is in Kirn, Rhineland-Palatinate (Germany).