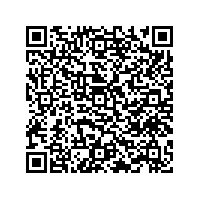 SIMONA in first half of 2009: positive earnings despite severe downturn in revenue

(PresseBox) ( Kirn, 09-08-26 )
The SIMONA Group had to contend with a significant decline in revenue over the course of the first half. In particular, the severe downturn affecting its principal sales markets - the chemical industry and the mechanical engineering sector - prompted a contraction in revenue by EUR 50.8 million to EUR 106.3 million. This corresponds to a year-on-year decline of 32.3 per cent.

Despite the considerable decline in sales revenue, SIMONA managed to post positive earnings for the period under review. Profit before tax amounted to EUR 3.5 million (prev. year: EUR 13.5 million). This was made possible by the timely introduction of a cost-reduction programme that included not only shorttime work but also a critical assessment of material- and equipment-related expenses.

As from the date of production start-up at the end of 2008, the new multifunctional plant in Litvinov, Czech Republic, made a positive contribution to earnings, as well as significantly improving SIMONA's market position in Eastern Europe.

Compared to 31 December 2008, total assets increased by EUR 4.7 million to EUR 249.5 million, while cash resources continued to rise. SIMONA invested EUR 6.3 million (prev. year: EUR 12.0 million). in property, plant and equipment in the first half of 2009.

SIMONA anticipates that the financial year as a whole will remain challenging. "The continued weakness in terms of incoming orders has had an adverse effect on companies' propensity to invest, which is of particular importance to our business. We anticipate that business over the course of the second half of the year will progress sideways, without benefiting from any major impetus," said Wolfgang Moyses, CEO of SIMONA, adding, "our revenue target of €200 million is ambitious, but we remain committed to generating positive EBITDA for 2009."

The full interim report for the first half of 2009 can be accessed online at: http://www.simona-de.com/en/ir/finanzpublikationen/finanzberichte.html

SIMONA AG is a manufacturer of thermoplastic products with production facilities and sales offices around the globe. The company's product portfolio includes semi-finished products (sheets, profiles, welding rods), pipes and fittings as well as finished parts. Employing more than 1,200 people worldwide, the Group generates revenue in excess of EUR 300 million. In total, 35,000 products for a diverse range of applications are manufactured at facilities in Germany and abroad. Annual production exceeds 100,000 tonnes. SIMONA AG is a stock corporation listed in the General Standard. The company's registered office is in Kirn, Rhineland-Palatinate (Germany).

Recommend SIMONA in first half of 2009: positive earnings despite severe downturn in revenue press release