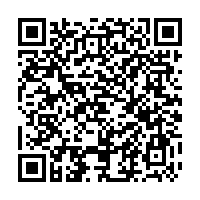 ECB more likely to remain firefighter than change game and mutualize debt / Irrespective of bond buying approach ECB to lower refi rate to 0-0.25% by 2013 / Downside risk for German economy increases in second half / But fiscal balance still likely to com

(PresseBox) ( Frankfurt am Main, 12-08-30 )
Why has the ECB postponed the decision over the details of the new bond purchase program until after the ruling of the German high court on the ESM on September 12?

And why has ECB president Draghi canceled his trip to Jackson Hole? Markets are full of speculation.

Unfortunately, we don't have much gossip to add. Clear is, however, that the ECB has avoided a potentially embarrassing disappointment on September 6th.

Unless something changes dramatically in the next few days, no country is likely to call for help before September 6th. Thus, outlining the details of the bond purchase program could have been a rather abstract exercise.

Nevertheless, let us pretend a country, for example Spain, does request support from the EFSF. What would the ECB do? The following points provide a guideline.

The result could be large-scale debt mutualization, but is probably not the ECB's intention.

· Conditionality: The entry hurdle is most likely softer than market observers expect. Requesting and complying with a "precautionary credit line" under the EFSF/ESM, which has little extra requirements, is probably enough. Spain has the advantage that it already has a bank recapitalization program in place and is widely viewed as compliant. Italy may have a bit more to do, which Draghi himself may welcome.

· Target: Formal yield or spread targets are unlikely. If at all, there will be informal target yield ranges for operative purposes, say, 2%-to-3% for 2-year Spanish bonds. More important than the absolute level of yields or spreads will be the restoration of what the ECB views as orderly market conditions.

· Size: Unlike the QE programs by the Fed or the BoE, the ECB will not preannounce the size of bond purchases. Such pre-commitment would be at odds with the conditionality requirement. It would also mean that the ECB intends to actively mutualize some of the debt, which doesn't seem to be the case.

· Market: Both the ECB act as well as the working term

· Sterilization: Unlike the SMP, the open market program will have no automatic full sterilization. The ECB may decide ad hoc to sterilize some purchases depending on market conditions. However, full sterilization would be at odds with the primary objective and is currently not warranted given receding inflation risks.

· Creditor status: Given the Greek experience, the creditor status is likely to be non-preferred. We expect the ECB to make an announcement in that direction, but not to back it up with immediate action.

The market will have to trust the ECB and only time will tell whether that was right.

· Implementation: A powerful implementation at the start will be critical for success, which is restoring orderly market conditions without mutualizing a large part of the debt and potentially having to give up.

Specifically that means that the ECB needs to initially squeeze the market (buy high with large amounts). If credible that approach requires subsequently less interventions to keep the market stable. In August 2011, the ECB applied that strategy successfully until Italy's premier Berlusconi reneged on his part of the bargain.

How soon the ECB will spell out the details of its program and get started depends on a number of factors. Most likely, a move will come between September 12 and the end of October, when the faith of Greece will be back on the agenda. Currently, Spain and Italy still enjoy the effect of the ECB announcement, but that won't last much longer. Besides open market operations, we expect the ECB to lower interest rates further. Specifically, we look for the refi rate to drop to a floor of 0%-to-0.25% by the first half of next year. Falling core inflation and recession in large parts of the Euro-area set the background. However, the ECB is not expecting that lower rates will suddenly turn the cycle. Instead, lowering rates is meant to help banks restore balance sheet health and capital ratios, which is a prerequisite for "the effective working of monetary policy". Given the large dependence of banks on ECB funding, lowering the refi rate from 1.5% last year to near zero would imply additional annual revenues of €15-to-20 billion for the banking system.

Resilient but not immune to the effects of the Euro-debt crisis, that has been our theme for Germany this year.

We maintain this view but have to take stock of the impact so far. The first half has been better than expected, yet signs of a slowdown are mounting. This is visible in the macro data and sentiment indicators as well as company reports (profit warnings, layoffs, short-term working). The fundamentals for Germany remain favorable: competitive edge, emerging markets focus, restructuring dividend and monetary tailwinds. Indeed, exports, construction and consumer sentiment have held up well. The latter depends a lot on labor market conditions. Today's report showed a small increase in unemployment, but employment continues to rise at a monthly rate of 0.1%.

At the end of last year, our growth forecast was 1.5% for 2012 and 2.2% for 2013. This was very optimistic at the time. Consensus and official forecasts have been raised since then. We are now lowering our growth forecast to 1.0% for 2012 and 1.5%-to-2.0% for 2013. This adjustment reflects the impact of the current slowdown, but doesn't change the tone of our outlook, which remains more positive and above consensus.

German fiscal adjustment ahead of plan

Good news came last week from the fiscal side. In the first half, Germany achieved a small surplus, thanks to still solid revenue growth (+2.9%oya) and moderate expenditure growth (+0.8%oya). Towards the end of last year, we forecasted a balanced budget for 2012. At the time, that was ahead of official estimates and seemed very optimistic. To be sure, the first half results cannot be extrapolated into the second half. Indeed, federal and state governments as well as municipalities will probably slip more into the red due to the economic slowdown. Unless employment dips and unemployment soars, which is not our forecast, however, social security should remain in a solid surplus. More at risk is the fiscal outlook for 2013 if the economic performance deteriorates further.