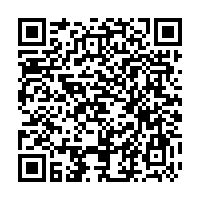 Subscribe to news
(PresseBox) ( Frankfurt am Main, 12-07-19 )
.
- Mid-year review: more volatility yet still on recovery track
- Second half to bring more of the same
- But better economic news from China and the US to improve sentiment
- German growth forecast of 1.5% and DAX at 7,500 still within target range

Self-reviews are never objective. Nevertheless, they are healthy exercises that help us learn from our mistakes. That is also true for economists and their forecasts. In our strategy outlook for 2012, which was published on December 1st 2011, we were notably more optimistic than consensus. Our key messages were:

- Euro area slipping into recession, but global economic environment better than feared;
- Germany to avoid recession, with growth to average 1.5% in 2012 (the consensus forecast was moving toward zero growth);
- DAX to reach a high of 7,500 in 2012 but volatility to stay high.

There are still more than five months left to prove those forecasts right or wrong, but we can certainly assess how well the forecasts are tracking so far.

Economic conditions at the end of last year were weak and we expected a soft start into 2011. For Germany, we looked at best for zero growth in Q1 to be followed by stronger activity in Q2. Manufacturing data was indeed soft, but overall business sentiment improved and real GDP rose 2.1% (q/q saar), boosted by trade and capital spending. The second quarter is likely to be weaker. Business sentiment has dropped, manufacturing output is flat, but trade is holding up well. Germany has enough strength to avoid outright recession, but whether growth will reaccelerate to hit our 1.5% annual growth target depends largely on external conditions.

US: even a U-shaped recovery has an upside

The rest of Europe will probably remain a drag for Germany. Thus, key are the US and China. The US started the year buoyant, but momentum fizzled in spring. In our judgment, the core business sector is strong, but so are the headwinds. The good news, inventories have dropped, while final demand seems to pick up a bit. If sustained, this dynamic should give a boost to production and employment. Another positive is the development in the housing sector. After a multi-year slump, conditions are finally improving, although still soft compared to the bubble years.

China accelerating from behind the curve

China has also proved most forecasters wrong. On the one hand, the economy has not crashed and is unlikely to do so, but it has also not reaccelerated in the first half as we had anticipated. Three factors play a role: First, the trade impact of the Euro-debt crisis; Second, the impact of stronger than planned tightening to combat inflation last year; Third, a reluctance to reverse policy decisively. Caught behind the curve and inflation now plunging, Chinese policymakers are accelerating their stimulus efforts. One big bang as in 2008 is unlikely, but the sum of various monetary and fiscal measures is set to have a visible impact on economic activity in time of the autumn leadership change. A key factor is the allocation of credit. Indeed, new loans reaccelerated significantly in the second quarter.

The Euro area is the weak link. Key for Germany is that the crisis does not spiral out of control. The crisis muddling-through process is risky, but anything else is politically not feasible. As we have pointed out before, key is the role of the ECB in stabilizing the banking system. We expect the ECB to prevail, probably using more liquidity operations and lowering the policy rate to at least 0.5%. The latest round of political and monetary decisions has calmed markets. We are aware that this can change quickly. Nevertheless, it is interesting how relaxed markets responded to the announcement by the German Supreme Court that it would only decide over the claims against the fiscal pact and the ESM by September 12th.

The track record of our DAX call has also been mixed so far. We have been surprised to see how close we came to our target already in the first quarter only to watch all gains evaporate in the second quarter. The performance shows that there is perceived value in stocks and enough money to chase it. However, the ups and downs also show that short-term sentiment swings caused by economic and policy developments rule the markets. And these swings have become even more pronounced. Nevertheless, there is a good chance that we will hit our target in the second half of the year. The DAX is already up about 13% since the lows in June. As outlined before, we anticipate an improvement in global business cycle conditions in the second half, led by China and the US. The Euro-debt crisis will not go away, yet chances are good that we are entering a period of relative stability. The combination of global reacceleration and some progress in stabilizing the Euro-debt crisis was what lifted markets in the first quarter and may well do it again. Germany is likely to outperform in this scenario as it did in Q1. If we are right, investors should view this as a trading opportunity and not as a new trend. The deleveraging dynamic in western economies will last much longer and keep equity markets volatile.