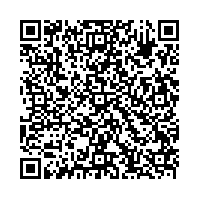 For the first time, the streaming server of the R&S CMW500 used 64QAM modulation to transmit the data packets to the SORBAS test UE, which sent the received HD video to a PC with a display. In another LTE test innovation, in parallel with downstreaming data, the SORBAS test UE sent data to the R&S CMW500 via an LTE uplink to allow RF measurements.

The R&S CMW500 wideband radio communication tester from Rohde & Schwarz is an all-in-one solution that covers all phases of development and production. Its LTE implementation features layers 1 to 3 in the protocol stack, all of which meet the specifications of 3GPP eUTRAN release 8 up to category 4. In addition, the general-purpose tester offers scalable channel bandwidths from 1.4 MHz to 20 MHz. All 3GPP frequency bands up to 6 GHz are supported.

Signalion's SORBAS LTE test UE is an all-in-one solution for testing the air interface of LTE base stations in all phases of development. It features layers 1 to 3 compliant with 3GPP specifications. In addition, it provides all the important characteristics of an LTE wireless device in combination with wide-ranging test, tracing and logging functions. This makes it a comprehensive solution that fulfills all requirements for function, load and capacity tests on LTE base stations.

Rohde & Schwarz is an independent group of companies specializing in electronics. It is a leading supplier of solutions in the fields of test and measurement, broadcasting, radio monitoring and radio location, as well as secure communications. Established 75 years ago, Rohde &

All press releases are available on the Internet at http://www.press.rohde-schwarz.com.

A press photo for download is also provided there.

Agilent Technologies Inc. (NYSE: A) is the world's premier measurement company and a technology leader in communications, electronics, life sciences and chemical analysis.
The company's 20,000 employees serve customers in more than 110 countries. Agilent had net revenues of $5.4 billion in fiscal 2007.

Information about Agilent is available on the Web at www.agilent.com.

Signalion is an established provider of air-interface diagnostics solutions for 3GPP LTE. Having introduced the first LTE test UE to the market, Signalion is a pioneer in providing new features and solutions in the context of LTE infrastructure testing. The company combines the unique experience of many years of wireless research, algorithm implementation, and leading edge wireless system development.