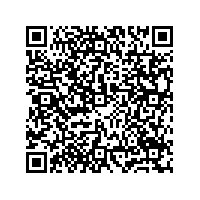 Standardization for LTE is not yet complete. However, its completion in the near future will result in the new evolved release 8 of the UMTS standard and network operators are under way to evaluate and construct infrastructure. SORBAS LTE UE simulator has the capabilities of a 3GPP LTE mobile terminal with additional advanced test interfaces and features. With its UE emulation functionalities, the customer can check how the base station behaves in the real network. In addition, the product offers MIMO (multiple-input, multiple-output) capabilities. A market first, the simulator is equipped with digital I/Q interface (CPRI), enabling the user to perform functional and load test of LTE base stations using CPRI as well as RF connections.

Rohde & Schwarz was the first supplier on the market with test solutions for LTE signal generation and analysis as well as LTE protocol test solution for development of user equipment. Signalion's SORBAS series of LTE UE simulators enhance Rohde & Schwarz Japan's portfolio to provide total solutions from UE to network infrastructure test. Customers can benefit from the partnership because it not only allows LTE total solutions from single source but also ensures local support and service.

"The cooperation with Signalion enhances our position as leader in LTE measurement in the fast growing LTE market in Japan. Rohde & Schwarz Japan can now better serve customers with a complete range of products for LTE test" says Guenther Loll, Managing Director of Rohde & Schwarz Japan.

"The cooperation with Rohde & Schwarz Japan enables us to offer first class support to our Japanese customers. This is a perfect basis to establish and maintain leadership on the Japanese market." says Tim Hentschel, Managing Director of Signalion.

Rohde & Schwarz and Signalion are members of the LTE/SAE Trial Initiative (LSTI). LSTI is a global, collaborative technology trial initiative focused on accelerating the availability of commercial and interoperable next generation LTE mobile broadband systems. The Initiative was formally launched in May 2007 by leading telecommunications companies: Alcatel-Lucent, Ericsson, Orange, Nokia, Nokia Siemens Networks, Nortel, T-Mobile and Vodafone. Since its inception, LSTI has expanded to also include in its membership other operators like China Mobile, NTT DoCoMo, Telecom Italia and other vendors.

About Rohde and Schwarz

Rohde & Schwarz is an independent group of companies specializing in electronics. It is a leading supplier of solutions in the fields of test and measurement, broadcasting, radio monitoring and radiolocation, as well as secure communications. Established 75 years ago, Rohde & Schwarz has a global presence and a dedicated service network in more than 70 countries. It has about 7,200 employees and achieved net revenue of EUR 1.4 billion (US$ 1.9 billion) in fiscal year 2006/2007 (July 2006 to June 2007). Company headquarters are in Munich, Germany.