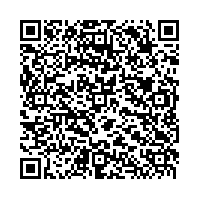 (PresseBox) ( Erlangen, 08-05-19 )
Siemens has been awarded an order to supply key components for units five and six of the POSCO Power combined-cycle power plant in South Korea. The end user is the largest Korean independent power producer (IPP), POSCO Power Corporation. Unit five is scheduled to start commercial operation in December 2010, unit six is due to follow in the summer of 2011. The order volume, which includes gas turbine services defined in a long term program agreement, is approximately EUR 265 million.

The POSCO Power combined-cycle power plant with a current total capacity of 1,800 megawatts (MW) is located in Incheon near the capital Seoul. Units five and six with an additional capacity of 1,000 MW will be built on the site of the existing units one to four. Siemens will supply four gas turbines, two steam turbines, and six generators. Siemens will service these gas turbines as stipulated in the long term program for a period of twelve years.

South Korea currently has an installed power plant capacity of approximately 73 gigawatts. Power demand in South Korea is forecast to increase by five percent per annum over the next few years. The development plan drawn up by the government in Seoul makes provision for additional power plant capacity amounting to 20 gigawatts by the year 2020. With a capacity of 1,000 MW, the two new natural-gas-fired units will make an important contribution toward meeting the rapidly-increasing power demand in the Seoul metropolitan area in an ecologically-friendly and economical manner.

For more than 40 years, Siemens has been contributing to the country's industrial development. "Following the orders for the Bugok I and II, Yulchon and Incheon I and II plants, this is the sixth power plant order posted by Siemens in South Korea in recent years," stated Michael Süss, CEO of Siemens Energy Division Fossil Power Generation.

All figures represent the sum of the nonconsolidated figures for the Power Generation and Power Transmission and Distribution Groups and for the Oil and Gas activities of the Industrial Solutions and Services Group.