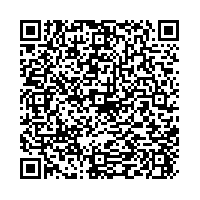 (PresseBox) ( Erlangen, 09-03-12 )
Siemens Energy has secured an order for turnkey construction of a combined cycle power plant in Tessenderlo, Belgium. Purchaser is the independent power producer T-Power N.V., in which International Power plc, Siemens Project Ventures GmbH and Tessenderlo N.V. each hold a 33 percent stake. The order volume including a long term maintenance contract for the gas turbine is approximately EUR320 million.

The Tessenderlo 420-megawatt (MW) plant will be built in Flanders on the premises of Tessenderlo Chemie N.V. From mid-2011 the power plant will supply one-third of the power generated for the energy-intensive production processes at the neighboring chemicals plant, with the other two-thirds fed into the grid. Siemens Energy will build the power plant as a turnkey project and supply the main components comprising one gas turbine, one steam turbine and one generator, the entire mechanical equipment, and the electrical and I&C systems. The plant in Tessenderlo has a very flexible design and can thus be quickly modified to meet changed market conditions. The new plant is slated to meet intermediate and peak load demand.

Tessenderlo Chemie is also taking the opportunity to overhaul its entire high-voltage network. The order for this has gone to Siemens Energy Belgium, as head of a consortium with Pauwels International and Fabricom GTI. Siemens will take care of a new gas-insulated 150-kV distribution station to which the new plant will also be connected, a new 26-kV distribution station and the upgrade of a second station, as well as the associated protection panels and supervision systems. The consortium will also be responsible for the study, installation, commissioning and building engineering.

Because of their low carbon dioxide emissions combined cycle power plants are currently the most environmentally compatible fossil-fueled generating stations. "With an efficiency of 57 percent the gas-fired plant will be one of Europe's most efficient power station," said Michael Suess, CEO of the Fossil Power Generation Division of Siemens Energy. "At the same time the plant's power output will make a significant contribution toward assuring the country's power supply. Belgium will thus become less dependent on power imports."

"Thanks to the excellent cooperation between all parties we are pleased to have succeeded in securing this financing package under current market conditions" said Hans-Joachim Schulz, Managing Director of Siemens Project Ventures.

Siemens Project Ventures GmbH (SPV) is a Group company of Siemens Financial Services. Together with renowned partners, SPV has with equity capital contributions been involved worldwide in the development of infrastructure projects, particularly in the energy, transport and telecommunication sectors. SPV has already participated in the development of 10 international power plant projects with an overall capacity of more than 6,600 MW as well as in three telecommunication projects and an airport, with a cumulative project volume of 7 billion USD.