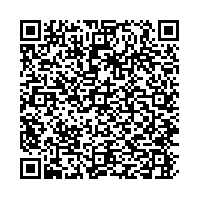 (PresseBox) ( Erlangen, 10-10-29 )
The focus of the three orders that Siemens Energy has recently received from South America is on flexible alternating-current transmission system technology (FACTS) for stabilizing power grids. Under the terms of two of these orders, Siemens will be supplying ten fixed series compensation systems (FSC), three static VAr compensation systems (SVC) and the new Siemens technology SVC Plus to Brazil. The third order comes from Paraguay, where Siemens is erecting a turnkey reactive-current compensation system, likewise employing SVC technology. Together, the three projects are worth more than 80 million euros. "These three orders from South America enabled us to take over world market leadership for FACTS at the end of the last fiscal year," said Udo Niehage, CEO of the Power Transmission Division in Siemens' Energy Sector.

FACTS (flexible AC transmission systems) are much sought after when the voltage quality and stability of existing power grids needs to be improved and their transmission capacity increased in response to rising demand for power. Under the terms of the three orders, Siemens will engineer and implement tailor-made FACTS solutions that meet precisely these requirements.

At the Xingu, Jurupari, Oriximina and Macapá locations in Brazil, Siemens will erect ten 500 kV fixed series compensation systems (FSC), three static VAr compensation systems (SVC) - two for 500 kV and one for 230 kV - for the Spanish group Isolux Corsán's utility, located in Rio de Janeiro. The fixed series compensation systems raise the transmission capacity of the high-voltage grid, while the SVC systems improve the voltage quality and the stability of the network. Moreover, the SVC systems are to be used to maximize the capacity of the transmission lines. The project is scheduled for completion in October 2012.

The second order is for the erection of a 230 kV static VAr compensation system with a rating of -20/+55 MVAr in SVC Plus technology, Siemens' cutting-edge SVC innovation, in Rio Branco, 75 kilometers north of the border with Bolivia. The customer is Rio Branco Transmissora de Energia (RBTE), an utility owned by a consortium formed by the Brazilian power providers Eletronorte, CTEEP and Abengoa. SVC Plus works on the basis of voltage-sourced converter (VSC) technology with continuous control using high-performance (IGBT) transistors. The central feature of SVC Plus, a further refined statcom (static synchronous compensator), is its modular multilevel converter technology. By contrast with other self-commutated converter topologies, the voltage waveshape produced by SVC Plus is practically sinusoidal by virtue of the multilevel technology. This will do away with the need for the low-frequency harmonic filters in solutions used up to now, significantly reducing the space requirements for the overall system. To date, Siemens has already erected eight conventional SVC systems in Brazil. The SVC Plus system in Rio Branco will be the first of its kind to go on line in Brazil, in September 2011.

In Horqueta in Paraguay, Siemens is erecting a turnkey reactive-current compensation system (SVC with a rating of -80/+150 MVAr) for the national power utility Administración Nacional de Electricidad (ANDE), based in Asunción. The SVC system will feature one branch for thyristor-controlled reactors (TCR), two branches for thyristor-switched capacitors (TSC) and three filter branches. The system stabilizes the grid and raises the transmission capacity to such an extent that the power provider can transmit an extra 40 megawatts (MW) of power to the northern regions of the country. The system is scheduled to go into service in November 2011.

Energy-efficient, eco-friendly solutions for setting up smart grids are part of Siemens' Environmental Portfolio. In fiscal 2009, revenue from the Portfolio totaled about EUR23 billion, making Siemens the world's largest supplier of ecofriendly technologies. In the same period, the company's products and solutions enabled customers to reduce their CO2 emissions by 210 million tons. This amount equals the combined annual CO2 emissions of New York, Tokyo, London and Berlin.

Bild: Siemens Energy has recently received three large FACTS orders for stabilizing the South American power grid. Siemens will be supplying ten fixed series compensation systems (FSC), three static VAr compensation systems (SVC) and the new Siemens technology SVC Plus to Brazil. In Paraguay Siemens is erecting a turnkey reactive-current compensation system, likewise employing SVC technology. Together, the three projects are worth more than 80 million euros. The picture shows a Siemens SVC System in Islington, Australia that is similar to the systems to be erected in South America.

The Siemens Energy Sector is the world's leading supplier of a complete spectrum of products, services and solutions for the generation, transmission and distribution of power and for the extraction, conversion and transport of oil and gas. In fiscal 2009 (ended September 30), the Energy Sector had revenues of approximately EUR25.8 billion and received new orders totaling approximately EUR30 billion and posted a profit of EUR3.3 billion. On September 30, 2009, the Energy Sector had a work force of more than 85,100. Further information is available at: www.siemens.com/energy.