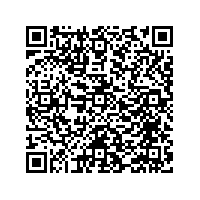 (PresseBox) ( Erlangen, 09-03-24 )
Siemens Energy is to acquire a 28 percent stake in the Italian solar company Archimede Solar Energy S.p.A. and thus expand its competencies for solar thermal power plants. ASE is the sole producer of solar receivers operating with molten salt as the heat transfer fluid. Siemens is market leader in steam turbine-generators for solar thermal power plants. By combining these two technologies Siemens wants to enhance the efficiency of these plants and further reduce the production costs for solar power. The two companies did not disclose the purchase price of the shares.

Archimede Solar Energy is a subsidiary of the industrial group Angelantoni Industrie, S.p.A. and is headquartered in Massa Martana in Umbria. The revenues posted by Archimede Solar Energy, which were in the single-digit million range in 2008, are slated to increase significantly after joining forces with Siemens. Siemens will provide capital for fast expansion of production capacities, with the possibility to acquire a majority stake in the solar company in the mid-term.

"We chose Siemens Energy as our Partner to enable us to better match the tremendous growth we are expecting in the solar thermal power sector worldwide", said Gianluigi Angelantoni, President of Archimede Solar Energy. "Construction of a new factory for the production of solar receivers, which is scheduled to be up and running in 2010, will begin before the end of this year."

Archimede Solar Energy is the world's only company that uses molten salt as heat transfer fluid in its solar receivers for parabolic-trough power plants. Compared to plants using the customary thermo oil the efficiency of solar thermal power plants can thus be significantly enhanced.

Siemens is already market leader in the supply of steam turbine-generators for solar thermal power plants. To date, Siemens has secured more than 40 orders for these key components. With the partial acquisition of Archimede Solar Energy Siemens will now significantly expand its steam cycle know-how for solar power plants. At the same time Siemens will further consolidate its position as one of the leading companies in renewables-based power plant technology.