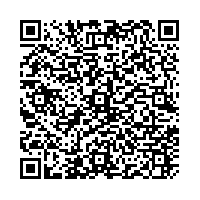 Monitoring and controlling plants and machines worldwide by mobile radio

Subscribe to news
(PresseBox) ( Nuremberg (Germany), 10-11-15 )
The Siemens Industry Automation Division is expanding its TeleService (remote maintenance/diagnostics) and Telecontrol ranges with three new products for remote access by mobile radio. The CP 1242-7 module adds a GSM/GPRS (Global System for Mobile Communications/General Packet Radio Service) networks interface to the Simatic S7-1200 controller. The Telecontrol Server Basic control center software can address up to 5,000 Simatic S7-1200 and Simatic S7-200 microcontrollers via the mobile radio network. The third innovation is the IE Basic TeleService Adapter with the TeleService GSM module for dial-up connections which facilitate the remote maintenance of a Simatic S7 by mobile radio. Remote access solutions from Siemens enable plants to be economically monitored, controlled and maintained from afar. The technology also facilitates communications from machine to machine (M2M).

The CP 1242-7 communications processor adds a GSM/GPRS interface to the Siemens S7-1200 controller. It enables plant operators to cost-effectively diagnose, maintain, monitor and control remote stations throughout the world via GPRS and Internet. All that is needed to run a CP 1242-7 is a mobile radio contract with a SIM card or a special M2M contract. In service, the system informs the personnel via SMS (short message service) of the status of the plant or of any faults that have occurred. The CP 1242-7 also opens up remote access via the Internet. Access is provided by a computer with Internet access and Step 7 V11 software. Another field of application is M2M communications, in which physically separated plants are directly connected with one another, and processes are coordinated.

The Telecontrol Server Basic control center software acts as an OPC server for the Simatic S7-200 and Simatic S7-1200 controllers linked via the radio network. This enables the data from up to 5,000 connected stations to be brought together and made available via an OPC interface to HMI systems (human machine interface) or SCADA systems (supervisory control and data acquisition). Application examples are the continuous data exchange and central monitoring of widely branched infrastructure facilities, such as water supply and waste water systems. One system integrator can operate an OPC server for several customers.

The third innovation from Siemens in the field of remote access is the IE Basic TeleService Adapter. It can be fitted, among other things, with a Teleservice GSM module, which enables wireless access via a GSM dial-up connection to a Simatic S7 or to another subscriber with an Ethernet interface.

Mobile radio communications are becoming ever more important for remote access applications because it is not only more flexible than cable-connected systems but also frequently less expensive. The worldwide GSM network provides the basis for various data transfer services in the field of industrial automation. With CSD (circuit switched data), the data is transferred by setting up a dial-up connection via the mobile radio network. With SMS, messages are sent to personnel in the form of short text messages. GPRS enables mobile Internet connections to be set up for data transfer. With the previously available products, such as quadband mobile radio modems, and the newly introduced components, Siemens offers industry a wide range of solutions for Teleservice und Telecontrol via the mobile radio network.

Further information can be found on the Internet at: www.siemens.com/telecontrol

The Siemens Industry Automation Division (Nuremberg, Germany) is a global leader in the fields of automation systems, industrial controls and industrial software. Its portfolio ranges from standard products for the manufacturing and process industries to solutions for whole industrial sectors that encompass the automation of entire automobile production facilities and chemical plants. As a leading software supplier, Industry Automation optimizes the entire value added chain of manufacturers - from product design and development to production, sales and a wide range of maintenance services. With around 39,000 employees worldwide (September 30), Siemens Industry Automation achieved sales of €7.0 billion in fiscal year 2009. www.siemens.com/...