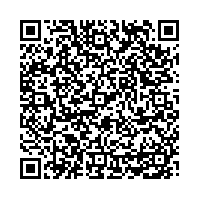 Due to the rising demand for high-strength types of steel and for plates with a greater thickness and width, the requirements placed on plate mill shears have increased dramatically. The shears and their components are being subjected to much greater forces. At the same time, uneven cuts or imprecisely cut edges have to be avoided. The mechanically operated shears available on the market are at the limit of their capabilities.

In the case of Smart Shear, servo-controlled hydraulic cylinders are used on both sides of the shears in order to operate the top blade. A rolling cut action is therefore possible without the gears, shafts and cranks needed for mechanical shears. The top knife and the bottom knife are mounted directly on the blade beams. This reduces the number of moving parts and thus susceptibility to wear as well as the need for maintenance. Simulations have demonstrated a considerably better control of cutting angle and blade overlap compared to mechanical shears. The servo-controlled movement of the shears ensures that the correct cutting angle is achieved for all plate thicknesses. The blade overlap is kept practically constant over the entire width of the plate. This improves the cutting quality. Moreover, the blade overlap can easily be adapted to the optimum value for the respective thickness and width by means of the control software. In addition, the Smart Shear concept enables higher cutting speeds than mechanical shears. The cutting speed of mechanical shears cannot easily be increased because the larger torque needed for increasing the speed requires a design that, in turn, increases the inertia of the drive system.

In order to improve operational flexibility, Smart Shear is equipped with two pairs of hydraulic cylinders. Both pairs of cylinders are used at the same time for cutting high-strength or thick metal plates. When thin plates or lower-strength material has to be cut, only one pair of cylinders is used. The cutting speed can easily be adapted to the requirements in each case.

The hydraulic cylinders are operated in tension. As a result, the vertical forces are constrained within the top and bottom knife beams and the cylinders. The side frames are not subjected to the vertical forces. They only have to withstand the horizontal blade forces and thus can be much lighter.

Using its own products, systems and process technologies, Industry Solutions develops and builds plants for end customers, commissions them and provides support during their entire life cycle.