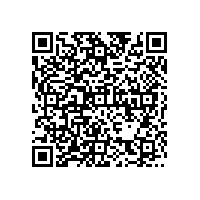 (PresseBox) ( München, 08-11-13 )
Siemens has successfully completed fiscal 2008 and is starting the new fiscal year in a strong position. In a year of transition, Siemens has implemented the fastest reorganization in its history. Company business is now focused primarily on the three growth fields Energy, Industry and Healthcare, in all of which Siemens is well-positioned. The company's organizational structure has been adjusted accordingly and is now considerably leaner.Overall, Siemens is now faster and more transparent. The company booked the costs of restructuring as well as the provision related to the anticipated settlement with public authorities in Germany and the U.S. in fiscal 2008. Growth and profit targets for fiscal 2008 were exceeded. The company reaffirmed its outlook for fiscal 2009.

"We have done our homework. We did it more quickly than expected. That's a great help to us now. Coming out of our transition year in fiscal 2008, we are facing new challenges in the macroeconomic environment. From our position of relative strength we intend to win market share profitably. Organic growth remains our focus, and despite the macroeconomic adversity we confirm our growth target. It has become clearly more ambitious to reach our income guidance for fiscal 2009. But we are sticking to our target. As to the effects of the financial crisis on the real economy, we will assess them quarter by quarter," said Peter Löscher, President and CEO of Siemens AG.

Siemens again clearly exceeded its growth and profit targets in the past fiscal year. New orders climbed 11% to ¤93.5 billion and revenue grew 7% to ¤77.3 billion. Excluding currency translation effects and portfolio transactions, revenue actually rose 9% - which is three times higher than the rate of global GDP growth. Siemens target is to grow twice as fast.

In the Industry Sector, new orders climbed 9% and revenue rose 6%. The strongest revenue growth was again posted by the Industry Automation and Drives Technologies Divisions. At the Energy Sector, strong growth in new orders (+17 %) as well as in revenue (+11 %) continued to be driven by the worldwide boom in the energy industry. The Healthcare Sector continued to perform strongly in the ongoing difficult market environment, boosting new orders by 15% and revenue by 13%.

Total Sectors profit, the figure for the development of operations, was ¤6.52 billion, as planned, and close to the previous year's level. Excluding transformation costs of ¤325 million, the earnings forecast of approximately ¤6.7 billion was clearly exceeded. Continuing operations posted a profit of ¤1.859 billion and included transformation costs of ¤1.741 billion, a provision of around ¤1 billion in connection with the ongoing settlement talks with authorities in Germany and the U.S., and a one-time expenditure of ¤390 million to found the Siemens Stiftung (Foundation). In fiscal 2007, income from continuing operations was ¤3.909 billion.

Net income climbed to ¤5.886 billion, compared to ¤4.038 billion the prior year. The low profit from the above-mentioned continuing operations was compensated by a higher profit from discontinued operations, which was largely attributable to a pre-tax profit of around ¤5.5 billion from the sale of Siemens VDO Automotive in the first quarter of fiscal 2008. The sale of a 51% stake in Siemens Enterprise Communications led to a loss of ¤1 billion.

Siemens has continued to focus its business on global development: climate change, demographic change and urbanization. In the course of this strategy, the company sold its 50% stake in Fujitsu Siemens Computers, folded 51% of Siemens Enterprise Communications into a joint venture, and sold 80.2% of its stake in Siemens Home and Office Devices. Overall, Siemens reorganized more than 90% of its Other Operations.

As part of its restructuring, Siemens also revamped its organization. There are now three Sectors instead of eight Groups. The CEO principle was introduced at various levels to ensure clear responsibility for every business. The administrative functions of 72 Regional Companies were bundled into 20 Clusters. Three-quarters of the managers in the Divisions and 40% of the Business Unit managers were newly assigned. Siemens also strengthened its focus on diversity by creating the position of Chief Diversity Officer and gave greater weight to the theme of corporate responsibility by establishing the Siemens Foundation in Germany. In addition, Barbara Kux was appointed as a new member of the Managing Board responsible for Supply Chain Management. In particular, she will be responsible for the company's worldwide procurement. This marks the first time in the company's over 160-year history that a woman has been appointed to Siemens'governing body.

Progress regarding of the settlement of legal issues

Siemens has made progress in the compliance-related talks with authorities in Germany and the U.S. As a result of this progress, the company made a provision of around ¤1 billion at the end of the fiscal year just ended. Progress is also being made in steadily reducing the costs for external consultants that Siemens had hired in connection with alleged violations of anticorruption laws.These expenditures totaled ¤89 million in the fourth quarter, substantially lower than the ¤119 million outlay in the third quarter and the ¤159 million total for the fourth quarter of fiscal 2007.

Note: All figures are preliminary and unaudited. Starting today at 9:00 a.m. CEST, we will provide a live video webcast on the Internet of the Annual Press Conference with CEO Peter Löscher and CFO Joe Kaeser. You can access the webcast at www.siemens.com/pressconference. You will also be able to download the presentation. A video of the speeches will be available after the live webcast. Starting at 16:30 a.m. CEST, Siemens CEO Peter Löscher and CFO Joe Kaeser will hold a conference with analysts and investors. You can follow the conference live on the Internet by going to www.siemens.com/analystconference.

This document contains forward-looking statements and information - that is, statements related to future, not past, events. These statements may be identified by words such as "expects," "looks forward to," "anticipates," "intends,""plans," "believes," "seeks," "estimates," "will," "project" or words of similar meaning. Such statements are based on our current expectations and certain assumptions, and are, therefore, subject to certain risks and uncertainties. A variety of factors, many of which are beyond Siemens' control, affect our operations, performance, business strategy and results and could cause the actual results, performance or achievements of Siemens to be materially different from any future results, performance or achievements that may be expressed or implied by such forward-looking statements. For us, particular uncertainties arise, among others, from changes in general economic and business conditions (including margin developments in major business areas); the behavior of financial markets, including fluctuations in interest and exchange rates, commodity and equity prices, debt prices (credit spreads) and financial assets generally; continued volatility and further deterioration of the capital markets; the commercial credit environment and, in particular, additional uncertainties arising out of the subprime, financial market and liquidity crises; future financial performance of major industries that we serve, including, without limitation, the Sectors Industry, Energy and Healthcare; the challenges of integrating major acquisitions and implementing joint ventures and other significant portfolio measures; introduction of competing products or technologies by other companies; lack of acceptance of new products or services by customers targeted by Siemens; changes in business strategy; the outcome of pending investigations and legal proceedings, especially the corruption investigations we are currently subject to in Germany, the United States and elsewhere; the potential impact of such investigations and proceedings on our ongoing business including our relationships with governments and other customers; the potential impact of such matters on our financial statements; as well as various other factors. More detailed information about certain of these factors is contained throughout this report and in our other filings with the SEC, which are available on the Siemens website, www.siemens.com, and on the SEC's website, www.sec.gov. Should one or more of these risks or uncertainties materialize, or should underlying assumptions prove incorrect, actual results may vary materially from those described in the relevant forward-looking statement as expected, anticipated, intended, planned, believed, sought, estimated or projected. Siemens does not intend or assume any obligation to update or revise these forward-looking statements in light of developments which differ from those anticipated.

Siemens AG (Berlin and Munich) is a global powerhouse in electronics and electrical engineering, operating in the industry, energy and healthcare sectors. The company has around 430,000 employees (in continuing operations)working to develop and manufacture products, design and install complex systems and projects, and tailor a wide range of solutions for individual requirements. For over 160 years, Siemens has stood for technological excellence, innovation, quality, reliability and internationality. In fiscal 2008, Siemens had revenue of ¤77.3 billion and income from continuing operations of ¤5.9 billion (IFRS). Further information is available on the Internet at: www.siemens.com.