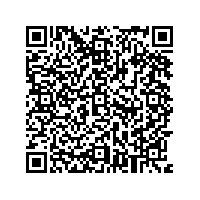 Siemens to reward employees for performance during the economic crisis

(PresseBox) ( München, 10-11-10 )
Siemens AG intends to reward its employees for their outstanding performance during the financial and economic crisis with a one-time special payment. "The company came through the crisis with flying colors. Our approximately 400,000 employees can be very proud of their achievement. For their extraordinary performance in a difficult time, I owe them my deepest respect and gratitude," said Siemens President and CEO Peter Löscher. A total of approximately €310 million will be paid out to the company's worldwide workforce.

In Germany, for example, company employees will receive a one-time gross payment of up to €1,000 in January 2011. For all non-management employees in the country, Siemens will also bring forward the 2.7 percent pay increase stipulated in the last collective bargaining agreement by two months, to February 1, 2011.

This document contains forward-looking statements and information - that is, statements related to future, not past, events. These statements may be identified by words such as "expects," "looks forward to," "anticipates," "intends," "plans," "believes," "seeks," "estimates," "will," "project" or words of similar meaning. Such statements are based on the current expectations and certain assumptions of Siemens' management, and are, therefore, subject to certain risks and uncertainties. A variety of factors, many of which are beyond Siemens' control, affect Siemens' operations, performance, business strategy and results and could cause the actual results, performance or achievements of Siemens to be materially different from any future results, performance or achievements that may be expressed or implied by such forward-looking statements. In particular, Siemens is strongly affected by changes in general economic and business conditions as these directly impact its processes, customers and suppliers. This may negatively impact our revenue development and the realization of greater capacity utilization as a result of growth. Yet due to their diversity, not all of Siemens' businesses are equally affected by changes in economic conditions; considerable differences exist in the timing and magnitude of the effects of such changes. This effect is amplified by the fact that, as a global company, Siemens is active in countries with economies that vary widely in terms of growth rate. Uncertainties arise from, among other things, the risk of customers delaying the conversion of recognized orders into revenue or cancellations of recognized orders, of prices declining as a result of continued adverse market conditions by more than is currently anticipated by Siemens' management or of functional costs increasing in anticipation of growth that is not realized as expected. Other factors that may cause Siemens' results to deviate from expectations include developments in the financial markets, including fluctuations in interest and exchange rates (in particular in relation to the U.S. dollar), in commodity and equity prices, in debt prices (credit spreads) and in the value of financial assets generally. Any changes in interest rates or other assumptions used in calculating pension obligations may impact Siemens' defined benefit obligations and the anticipated performance of pension plan assets resulting in unexpected changes in the funded status of Siemens' pension and post-employment benefit plans. Any increase in market volatility, further deterioration in the capital markets, decline in the conditions for the credit business, continued uncertainty related to the subprime, financial market and liquidity crises, or fluctuations in the future financial performance of the major industries served by Siemens may have unexpected effects on Siemens' results. Furthermore, Siemens faces risks and uncertainties in connection with certain strategic reorientation measures; the performance of its equity interests and strategic alliances; the challenge of integrating major acquisitions and implementing joint ventures and other significant portfolio measures; the introduction of competing products or technologies by other companies; changing competitive dynamics (particularly in developing markets); the risk that new products or services will not be accepted by customers targeted by Siemens; changes in business strategy; the outcome of pending investigations, legal proceedings and actions resulting from the findings of, or related to the subject matter of, such investigations; the potential impact of such investigations and proceedings on Siemens' business, including its relationships with governments and other customers; the potential impact of such matters on Siemens' financial statements, and various other factors. More detailed information about certain of the risk factors affecting Siemens is contained throughout this report and in Siemens' other filings with the SEC, which are available on the Siemens website, www.siemens.com, and on the SEC's website, www.sec.gov. Should one or more of these risks or uncertainties materialize, or should underlying assumptions prove incorrect, actual results may vary materially from those described in the relevant forward-looking statement as expected, anticipated, intended, planned, believed, sought, estimated or projected. Siemens neither intends to, nor assumes any obligation to, update or revise these forward-looking statements in light of developments which differ from those anticipated.

Siemens AG (Berlin and Munich) is a global powerhouse in electronics and electrical engineering, operating in the industry, energy and healthcare sectors. For over 160 years, Siemens has stood for technological excellence, innovation, quality, reliability and internationality. In fiscal 2009, which ended on September 30, 2009, revenue totaled €76.7 billion and net income €2.5 billion. At the end of September 2009, Siemens had around 405,000 employees worldwide. Further information is available on the Internet at: www.siemens.com.