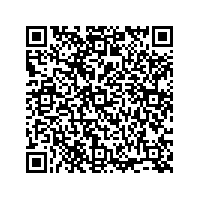 Subscribe to news
(PresseBox) ( München, 15-09-14 )
AeroMACS to be adopted as binding standard for wireless networks in airports worldwide
Siemens Ruggedcom WIN devices permit wireless communication in line with the AeroMACS standard
Siemens supports introduction of the standard as a WiMAX Forum member


Siemens is paving the way for the airport wireless networks of the future: with its Ruggedcom WIN devices, Siemens is one of the first suppliers to offer network components for secure broadband communication in line with the new AeroMACS (Aeronautical Mobile Airport Communications System) wireless communications standard. Once the current test phase is complete, this is due to be adopted as the only internationally valid standard for airport ground communications. The aim is to increase the speed, availability and quality of communication used in applications such as airport ground traffic control in a bid to keep pace with the ever growing volume of data. The Ruggedcom WIN portfolio of rugged WiMAX products allows users easy installation and operation in ground vehicles, control stations, weather stations and at security gates. Typical applications include the exchange of flight and meteorological data on takeoff and landing, or the transfer of security surveillance videos.

Siemens offers three rugged network products for setting up wireless networks in airports: the Ruggedcom WIN7251 base station, alongside permanently installed and mobile subscriber units. The base station enables high-speed broadband communication with a large number of subscriber units across the whole of the airport site. While the fixed subscriber unit Ruggedcom WIN 5251 is used for permanent installation in locations such as boarding gates, radar masts or weather stations, the mobile subscriber unit Ruggedcom WIN 5151 is designed to be deployed on any type of service vehicle (i.e. fuel or catering trucks) . Users can set up this cost effective solution and extend it to include additional network components as required. As the base stations communicate directly with each other, no back office server is required. This substantially reduces the cost and effort involved in installing and operating the system. All the devices come with the required AeroMACS compatibility and their IP67 protection rating equips them to withstand harsh environments.

AeroMACS is currently being tested as part of pilot projects in various airports. As a member of the WiMAX Forum, Siemens is supporting the introduction of the standard, which is set to augment existing communications in airports and be adopted as the only valid wireless standard for ground communications. AeroMACS is based on the IEEE 802.16 broadband standard for wireless networks, and in particular on the "WiMAX Mobile System Profile Specification". Communication takes place over the 5.1 GHz frequency reserved for aviation.

Siemens AG (Berlin and Munich) is a global technology powerhouse that has stood for engineering excellence, innovation, quality, reliability and internationality for more than 165 years. The company is active in more than 200 countries, focusing on the areas of electrification, automation and digitalization. One of the world's largest producers of energy-efficient, resource-saving technologies, Siemens is No. 1 in offshore wind turbine construction, a leading supplier of combined cycle turbines for power generation, a major provider of power transmission solutions and a pioneer in infrastructure solutions as well as automation, drive and software solutions for industry. The company is also a leading provider of medical imaging equipment - such as computed tomography and magnetic resonance imaging systems - and a leader in laboratory diagnostics as well as clinical IT. In fiscal 2014, which ended on September 30, 2014, Siemens generated revenue from continuing operations of €71.9 billion and net income of €5.5 billion. At the end of September 2014, the company had around 343,000 employees worldwide on a continuing basis. Further information is available on the Internet at www.siemens.com.