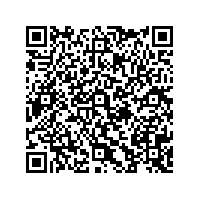 (PresseBox) ( Moscow, 11-12-19 )
The Russian rail operator RZD has placed an order for another eight "Velaro RUS" highspeed trains plus a maintenance contract extending over 30 years. The order is worth a total of about EUR600 million. The trains will be built at the Siemens Krefeld plant and delivery is due to commence in January 2014. "We're very pleased that RZD is once again counting on Siemens to expand its high-speed rail services," said Siemens CEO Peter Loescher, who, together with RZD President Vladimir Yakunin, today signed the corresponding agreements.

This follow-up order will double the capacity of the RZD high-speed fleet at a stroke. This fleet is made up exclusively of Siemens trains. The eight additional trains, each consisting of 10 cars, will be put into service on the Moscow - Saint Petersburg line to meet the high customer demand. Called the Sapsan in Russia - "Peregrine Falcon" in English - this model is based on the Siemens Velaro platform, which is currently the most successful high-speed train in the world.

Since the end of 2009, eight Sapsan trains have linked Moscow, the capital, to the major cities of Saint Petersburg and Nizhnij Novgorod. Compared to previous train-sets, the high speed of up to 250 kilometers per hour shortens the journey time to Saint Petersburg by an hour. These trains are designed to cope with extreme weather conditions, including temperatures from minus 40 to plus 40 degrees Celsius, and have proven their worth by providing trouble-free operation as well as the highest possible levels of reliability and punctuality. Siemens has been responsible for maintenance of the fleet since 2009, the work being carried out at a modern depot outside St. Petersburg. The maintenance techniques applied there, including predictive maintenance, along with the continuous monitoring of the rolling stock during revenue service, ensure that the contractually agreed 98 percent availability could already be significantly exceeded since the commencement of the contract.

The Velaro RUS makes use of the "distributed traction concept" developed by Siemens. It calls for all the drives and technical equipment to be arranged under floor over the entire length of the train and not accommodated in the power cars at each end as is the case with conventional trains. As a result, the trains have an increased seating capacity of about 20%, a more powerful rate of acceleration, and a better climbing ability on steep gradients. This technology delivers a considerable overall increase in economic efficiency compared to conventional trains.

The 10-car Velaro RUS trainsets are each 250 meters long and accommodate 604 passengers. Designed for Russia's broad gauge, the vehicles are about 33 centimeters wider than the ICE 3 operated by DB in Germany. The newly ordered models will include a additional premium class area and a superior-comfort VIP zone. All cars also offer connections to the Internet.

Russia is considered to be one of the most expansive rail markets for decades to come. Siemens' Rail Systems Division is currently the most successful non-Russian vendor in this, the world's largest country. "In the past five years, we have landed several strategic orders in Russia. Together with our Russian partner firms, we have established production sites for locomotives and regional trains and made investments amounting to over EUR200 million - a clear commitment to our long-term engagement in Russia," emphasized Hans-Joerg Grundmann, CEO of Rail Systems.

The Siemens Rail Systems Division (Berlin, Germany) is an international leader in providing rolling stock and related services. Its portfolio covers the full range of vehicles - from railroad cars to metros and locomotives to trams and lightrail vehicles. The Division combines competence in the areas of local, long-distance, and logistical transport to offer comprehensive expertise for environmentally friendly, efficient, and reliable rail vehicles, which are already in use in more than 40 countries. For more information, visit http://www.siemens.com/...