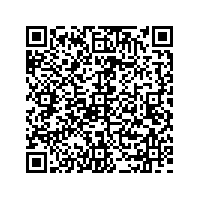 New One Siemens target system to focus on capital-efficient growth

Environmental technology, presence in emerging countries and services to be growth drivers

(PresseBox) ( Munich, 10-11-11 )
With its new target system for sustainable company development, Siemens is once again increasing the emphasis on growth. The One Siemens system sets ambitious growth and capital efficiency targets that the company intends to reach consistently from now on. "After twelve years of transformation, Siemens is again a normal world-class company.

Over the last few years, Fit 4 2010 has enabled us to streamline Siemens for profitability and to give our company new clout. With One Siemens, we're going to accelerate the pace and expand our strong position sustainably," said Siemens President and CEO Peter Löscher. The target system charts a clear course: Siemens will concentrate primarily on innovationdriven markets like environmental technology, the high-growth emerging countries and the service business. As customers for comprehensive infrastructure solutions, cities will become a stronger focus for the company's sales activities.

Over the last few years, Fit 4 2010 has enabled Siemens to capture a leading position in profitability vis-à-vis its competitors. Now, the company is intensifying its focus on expanding growth. As a whole, Siemens wants to grow faster than its most important competitors. These competitors' average nominal revenue growth for the previous four quarters will provide the basis for this comparison. Acquisitions will have to meet clear minimum requirements. For example, acquired businesses will be expected to make a positive contribution to economic value added within two years of transaction closing and to reach their capital-efficiency target no later than three years after integration.

Within the new target system, capital-efficient growth will receive considerably more weight. The yardstick here will be adjusted return on capital employed (ROCE). For its operations, Siemens wants to achieve a ROCE after taxes of between 15 and 20 percent. To measure its capital efficiency, Financial Services, the company's financing business, will use return on equity (ROE) after taxes, the accepted metric in its industry. Here, too, Siemens aims to achieve a range of 15 to 20 percent.

Siemens also wants to optimize the capital structure of the entire company. The measure will continue to be the ratio of adjusted industrial net debt to earnings before interest, taxes, depreciation, amortization and income from equity investments (adjusted EBITDA). The target here will be a value of between 0.5 and 1.0. With this range, the company aims to give itself a certain amount of flexibility since this was a crucial advantage during the financial crisis. The broader corridor provides shareholders and lenders with clear criteria for creditworthiness and capital allocation. To give investors a clear orientation regarding the allocation of net income, the company is introducing a dividend payout ratio for the first time. In the future, Siemens intends to distribute between 30 and 50 percent of its net income - adjusted for exceptional noncash items - as dividends to its shareholders, while maintaining as much as possible the dividend continuity it fostered in the past.

In measuring the performance of its Sectors, Siemens will orient itself on the business cycles in its segments. The aim is to consistently achieve top EBITDA margins vis-à-vis competitors at cyclical peaks as well as cyclical troughs. Across the cycles of the various segments in which Siemens is active, the Industry and Energy Sectors will be expected to achieve EBITDA margins of between 10 and 15 percent and the Healthcare Sector a margin of between 15 and 20 percent, measured in terms of revenue. In fiscal 2010, the Siemens Sectors were near the upper end of these EBITDA ranges. On the basis of this profitability rate, the company will focus more intensively on growth in order to increase absolute profit.

For this reason, Siemens is orienting its activities toward markets with long-term growth potential. For example, the world's cities increasingly need intelligent and sustainable infrastructure solutions. Nearly 3.5 billion people - more than half the world's population - currently live in urban areas. In 2050, cities will probably be home to about 6.5 billion people - roughly 70 percent of the world's population. As an integrated infrastructure supplier, Siemens is in a strong starting position - in particular, in the areas of ecofriendly and energy-efficient solutions for cities. To tap this growth potential even more intensively with ecofriendly technologies, Siemens has set an ambitious goal for its Environmental Portfolio. By the end of fiscal 2014, the company aims to generate revenue of more than €40 billion a year with green products. In fiscal 2010, revenue from Siemens' ecofriendly products totaled slightly less than €28 billion - about 36 percent of the company's total revenue.

On a regional basis, the emerging countries will grow considerably faster in the years ahead than their industrialized counterparts. Siemens wants to significantly increase the percentage of revenue that it generates in emerging countries. From 2005 to 2010, this share rose from 19 percent to about 30 percent. The company also plans to expand its service business. The large installed base of Siemens' products provides an excellent starting point for this expansion.

The One Siemens target system follows the Fit 4 2010 program that Siemens successfully completed at the end of fiscal 2010. The program's goals have basically been achieved. With an average annual growth rate of four percent, Siemens' organic revenue has increased at twice the rate of the global gross domestic product in the last four years. In terms of profitability, Siemens has closed the gap to its key competitors: nearly all the company's Divisions have reached or clearly exceeded their target margin ranges. Liquidity has also been significantly improved. Siemens has made major strides in sustainability and diversity. In 2010, for the second year in a row, the company was No. 1 in its industry on the Dow Jones Sustainability Index. Siemens is the only company on Germany's DAX index with two women on its Managing Board. Four different nationalities are represented on the eight-member Board.

This document contains forward-looking statements and information - that is, statements related to future, not past, events. These statements may be identified by words such as "expects," "looks forward to," "anticipates," "intends," "plans," "believes," "seeks," "estimates," "will," "project" or words of similar meaning. Such statements are based on the current expectations and certain assumptions of Siemens' management, and are, therefore, subject to certain risks and uncertainties. A variety of factors, many of which are beyond Siemens' control, affect Siemens' operations, performance, business strategy and results and could cause the actual results, performance or achievements of Siemens to be materially different from any future results, performance or achievements that may be expressed or implied by such forward-looking statements. In particular, Siemens is strongly affected by changes in general economic and business conditions as these directly impact its processes, customers and suppliers. This may negatively impact our revenue development and the realization of greater capacity utilization as a result of growth. Yet due to their diversity, not all of Siemens' businesses are equally affected by changes in economic conditions; considerable differences exist in the timing and magnitude of the effects of such changes. This effect is amplified by the fact that, as a global company, Siemens is active in countries with economies that vary widely in terms of growth rate. Uncertainties arise from, among other things, the risk of customers delaying the conversion of recognized orders into revenue or cancellations of recognized orders, of prices declining as a result of continued adverse market conditions by more than is currently anticipated by Siemens' management or of functional costs increasing in anticipation of growth that is not realized as expected. Other factors that may cause Siemens' results to deviate from expectations include developments in the financial markets, including fluctuations in interest and exchange rates (in particular in relation to the U.S. dollar), in commodity and equity prices, in debt prices (credit spreads) and in the value of financial assets generally. Any changes in interest rates or other assumptions used in calculating pension obligations may impact Siemens' defined benefit obligations and the anticipated performance of pension plan assets resulting in unexpected changes in the funded status of Siemens' pension and post-employment benefit plans. Any increase in market volatility, further deterioration in the capital markets, decline in the conditions for the credit business, continued uncertainty related to the subprime, financial market and liquidity crises, or fluctuations in the future financial performance of the major industries served by Siemens may have unexpected effects on Siemens' results. Furthermore, Siemens faces risks and uncertainties in connection with certain strategic reorientation measures; the performance of its equity interests and strategic alliances; the challenge of integrating major acquisitions and implementing joint ventures and other significant portfolio measures; the introduction of competing products or technologies by other companies; changing competitive dynamics (particularly in developing markets); the risk that new products or services will not be accepted by customers targeted by Siemens; changes in business strategy; the outcome of pending investigations, legal proceedings and actions resulting from the findings of, or related to the subject matter of, such investigations; the potential impact of such investigations and proceedings on Siemens' business, including its relationships with governments and other customers; the potential impact of such matters on Siemens' financial statements, and various other factors. More detailed information about certain of the risk factors affecting Siemens is contained throughout this report and in Siemens' other filings with the SEC, which are available on the Siemens website, www.siemens.com, and on the SEC's website, www.sec.gov. Should one or more of these risks or uncertainties materialize, or should underlying assumptions prove incorrect, actual results may vary materially from those described in the relevant forward-looking statement as expected, anticipated, intended, planned, believed, sought, estimated or projected. Siemens neither intends to, nor assumes any obligation to, update or revise these forward-looking statements in light of developments which differ from those anticipated.

Siemens AG (Berlin and Munich) is a global powerhouse in electronics and electrical engineering, operating in the industry, energy and healthcare sectors. For over 160 years, Siemens has stood for technological excellence, innovation, quality, reliability and internationality. The company is the world's largest provider of environmental technologies, generating about €28 billion - more than one-third of its total revenue - with green products and solutions. In fiscal 2010, which ended on September 30, 2010, revenue totaled €76 billion and net income €4.1 billion. At the end of September 2010, Siemens had around 405,000 employees worldwide. Further information is available on the Internet at:
www.siemens.com.