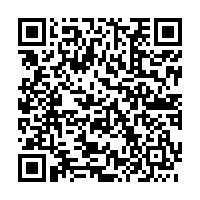 Siemens' results for the second quarter of fiscal 2013 present a mixed picture. New orders, free cash flow and earnings per share showed substantial improvement. Revenue and Total Sectors profit declined, primarily due to a still difficult market environment. Total Sectors profit was also impacted again by burdens at the company's high-speed trains business and from offshore grid connection projects in the North Sea. "Results for the second quarter show a mixed picture. While we were able to clearly increase orders, we still have challenges regarding revenue and profit. Even more we're focusing on the factors that lie in our own hands: we're rigorously executing our company-wide Siemens 2014 program," said Siemens President and CEO Peter Löscher.

In the second quarter of fiscal 2013, which ended on March 31, 2013, new orders increased substantially by 20 percent year-over-year to €21.5 billion due to major orders in the offshore wind power and rail systems businesses. Revenue declined seven percent to €18.0 billion. The book-to-bill ratio in the second quarter was 1.19 while the combined order backlog for all Sectors totaled €101 billion at the end of the quarter.

At the Energy Sector, new orders soared in the second quarter by 46 percent yearover- year to €8.5 billion. Two major offshore projects at the Wind Power Division were the main driver here. Revenue at the Sector declined nine percent to €6.3 billion. Due to success in its imaging business, the Healthcare Sector reported a three-percent increase in new orders to €3.3 billion. Revenue declined slightly by two percent to €3.3 billion. The Industry Sector was particularly impacted by difficult market conditions for its short-cycle businesses. Revenue at the Sector declined nine percent to €4.6 billion. New orders likewise totaled €4.6 billion, a ten-percent decline. The Infrastructure & Cities Sector profited at its Rail Systems Division from two major orders in Austria and Germany. New orders at the Sector climbed 34 percent year-over-year to €5.2 billion, while revenue was down five percent to €4.1 billion.

Profit was impacted by special burdens as well as declining revenue. For example, the Sectors incurred charges of €104 million in connection with the Siemens 2014 program. Total Sectors profit declined 29 percent year-over-year to slightly less than €1.4 billion. Income from continuing operations remained roughly stable at €982 million due, among other things, to improvements at NSN.

Net income was up ten percent to about €1 billion due to a positive contribution from the company's discontinued activities. Undiluted earnings per share, which rose from €1.03 in the second quarter of fiscal 2012 to €1.20, profited from the share buyback program implemented between the reporting periods. Free cash flow from continuing operations increased from €532 million to nearly €1.4 billion.

Profit at the Energy Sector declined in the second quarter from €573 million in the comparable prior-year period to €551 million. Here, charges relating to the connection of offshore wind farms to the power grid were again incurred. Charges related to grid connection projects totaled €84 million in the second quarter compared to €278 million a year earlier. At the Healthcare Sector, profit increased from €424 million to €445 million due to further cost savings achieved in the course of the Sector's Agenda 2013 program and to lower burdens in connection with the initiative.

At the Industry Sector, profit declined from €662 million to €350 million due to lower capacity utilization and a more unfavorable revenue mix. Profit at the Infrastructure & Cities Sector fell from €270 million in the prior-year period to €27 million. Charges of €161 million were incurred in connection with delays in the delivery of the Velaro in Germany and the Velaro Eurostar.

The company is making good progress in the implementation of its Siemens 2014 program. A total of some 20,000 measures to enhance competiveness, efficiency and cutting costs have been defined and, in part, implemented.

Siemens is also driving the announced strengthening of its core business. Following antitrust approval, the acquisition of signaling and control systems supplier Invensys Rail will now be concluded. "While the initial results of the Siemens 2014 program have been gratifying, we must remain resolute and not relax our efforts," said Löscher.

In fiscal 2013, Siemens is implementing Siemens 2014, a company-wide program supporting the One Siemens framework for sustainable value creation. The goal of the program is to raise the Total Sectors profit margin to at least 12 percent by fiscal 2014.

For fiscal 2013, Siemens confirms its expectations of moderate organic order growth. With continuing challenges for its businesses whose results react strongly to short-term changes in the economic environment, the company now anticipates a moderate decline in revenue on an organic basis compared to the prior year. Charges associated with the Siemens 2014 program in the Sectors are expected to total up to €0.9 billion for the full fiscal year.

Given these developments and financial results for the first half, Siemens expects income from continuing operations in fiscal 2013 to approach the low end of its original expectation, €4.5 billion, before impacts related to legal and regulatory matters and significant portfolio effects which it expects to burden income by up to €0.5 billion due primarily to the solar business.

This document contains statements related to our future business and financial performance and future events or developments involving Siemens that may constitute forward-looking statements. These statements may be identified by words such as "expects," "looks forward to," "anticipates," "intends," "plans," "believes," "seeks," "estimates," "will," "project" or words of similar meaning. We may also make forward-looking statements in other reports, in presentations, in material delivered to stockholders and in press releases. In addition, our representatives may from time to time make oral forward-looking statements. Such statements are based on the current expectations and certain assumptions of Siemens' management, and are, therefore, subject to certain risks and uncertainties. A variety of factors, many of which are beyond Siemens' control, affect Siemens' operations, performance, business strategy and results and could cause the actual results, performance or achievements of Siemens to be materially different from any future results, performance or achievements that may be expressed or implied by such forward-looking statements or anticipated on the basis of historical trends. These factors include in particular, but are not limited to, the matters described in Item 3: Key information - Risk factors of our most recent annual report on Form 20-F filed with the SEC, in the chapter "Risks" of our most recent annual report prepared in accordance with the German Commercial Code, and in the chapter "Report on risks and opportunities" of our most recent interim report. Further information about risks and uncertainties affecting Siemens is included throughout our most recent annual and interim reports, as well as our most recent earnings release, which are available on the Siemens website, www.siemens.com, and throughout our most recent annual report on Form 20-F and in our other filings with the SEC, which are available on the Siemens website, www.siemens.com, and on the SEC's website, www.sec.gov. Should one or more of these risks or uncertainties materialize, or should underlying assumptions prove incorrect, actual results, performance or achievements of Siemens may vary materially from those described in the relevant forward-looking statement as being expected, anticipated, intended, planned, believed, sought, estimated or projected. Siemens neither intends, nor assumes any obligation, to update or revise these forwardlooking statements in light of developments which differ from those anticipated. Due to rounding, numbers presented throughout this and other documents may not add up precisely to the totals provided and percentages may not precisely reflect the absolute figures.

Siemens AG (Berlin and Munich) is a global powerhouse in electronics and electrical engineering, operating in the fields of industry, energy and healthcare as well as providing infrastructure solutions, primarily for cities and metropolitan areas. For over 165 years, Siemens has stood for technological excellence, innovation, quality, reliability and internationality. The company is the world's largest provider of environmental technologies. Around 40 percent of its total revenue stems from green products and solutions. In fiscal 2012, which ended on September 30, 2012, revenue from continuing operations totaled €78.5 billion and income from continuing operations €4.7 billion (incl. IAS 19R and reclassification of the solar business into continuing operations). At the end of September 2012, Siemens had around 370,000 employees worldwide on the basis of continuing operations. Further information is available on the Internet at: www.siemens.com.