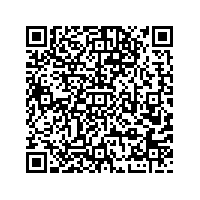 Subscribe to news
(PresseBox) ( Linz, Austria, 09-03-03 )
Siemens VAI Metals Technologies received an order from Steel Authority of India Limited (SAIL) for a new LD converter steel mill which will be built at the company's Bhilai Steel Plant in Bhilai, India. The project, which has an order volume of approximately 200 million euros, includes the engineering and the supply of three LD (BOF - Basic Oxygen Furnace) converters, including primary and secondary dedusting facilities, converter gas recovery, electrics and automation. The converters, which will be successively started up beginning in the second quarter of 2011, will be capable of producing more than four million tons of crude steel per year.

With an annual steel output of approximately 14 million tons in 2007, SAIL is the leading steelmaking company in India. The company has at its disposal five integrated iron and steel works and three special-steel production plants. Bhilai Steel Plant (BSP), located forty kilometers west of Raipur, the capital city of Chhattisgarh, is India's largest producer of rails and heavy steel plates and is also a major producer of structural steels. Presently, BSP has an annual production capacity of more than three million tons of steel. In response to the growing market demand for steel in India, the output at BSP will be increased to seven million tons by 2011 as part of an ambitious expansion program.

For this project Siemens VAI will engineer and supply three LD converters with a tapping weight of 180 tons. The converters will be equipped with tilting units and drives, maintenance-free VAI-Con Link suspension systems and VAI-Con Stopper systems for nearly slag-free tapping. Furthermore, oxygen-lance systems, the related drives as well as electrics and Level 1 and Level 2 automation systems will be provided.

The project also includes the supply and implementation of the Dynacon process-optimization system. This allows converter tap-to-tap times to be notably shortened, thus increasing productivity. Exact end-blow calculations will be carried out to achieve the targeted decarburization level in the steel bath on the basis of converter offgas analyses using the so-called Lomas measurement system. During oxygen blowing, this process model will also cyclically calculate the decarburization rate, the chemical composition of the steel and slag as well as the temperature of the liquid steel.

The complete primary and secondary dedusting systems, including ID (induced draught) fans, will be supplied by Siemens VAI for the steel works. Primary dedusting will be accomplished by means of a wet-type dedusting system (Simetal WDS-CONE) designed for a peak gas flow of up to 115,000 Nm3/h. A gas-recovery system will also be supplied comprised of a gas-switchover station - which will direct the treated converter offgas to either the flare or to intermediate storage - a dry-type gasholder followed by wet-type electrostatic precipitators and a booster fan station for exporting the recovered converter gas to an existing gas network. The secondary dedusting system will exhaust and clean the offgas from the hot-metal-desulphurization station, the converter charging and tapping areas, from the secondary metallurgical facilities as well as from the additive/alloy-bunker complex. Advisory services for erection, start-up and commissioning round off the project scope for Siemens VAI.

This is the latest in a series of metallurgical projects that Siemens VAI has received or has already implemented for Steel Authority of India, including several contracts for the expansion of the Bokaro steel works. The first project dates back to the year 1956 with a contract received for the supply of the first LD steelmaking plant to be built outside of Austria at Rourkela Steel Plant in the state of Orissa.

VAI-Con and Dynacon are registered trademarks of Siemens AG in certain countries.

The Siemens Industry Sector (Erlangen, Germany) is the world's leading supplier of production, transportation, building and lighting technologies. With integrated automation technologies as well as comprehensive industry-specific solutions, Siemens increases the productivity, efficiency and flexibility of its customers in the fields of industry and infrastructure. The Sector consists of six Divisions: Building Technologies, Drive Technologies, Industry Automation, Industry Solutions, Mobility and Osram. With around 222,000 employees worldwide Siemens Industry posted a profit of EUR3.86 billion with revenues totaling EUR 38 billion. www.siemens.com/industry

Further information and downloads at: http://www.siemens.com/...