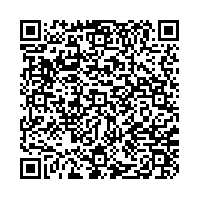 Subscribe to news
(PresseBox) ( Linz, Austria, 08-10-02 )
Siemens VAI Metals Technologies has received an order from the Ukrainian steel producer OJSC Dneprovsky Iron and Steel Integrated Works to fundamentally refurbish two long-product lines in the company's Dneprodzerzhinsk factory. The project includes the engineering and supply of mechanical equipment, the electrical and automation systems for a heavy-section line and a merchant-bar rolling mill. The order volume is in the upper two-digit million euro range. The two installations are scheduled to start production in the course of 2010.

Dneprovsky Iron and Steel Integrated is a majority holding of the Industrial Union of Donbass group. Located in Dneprodzerzhinsk, the company has an annual output of around 3.8 million metric tons of rolled steel products. Refurbishing of the two long-product lines is intended to increase the production capacity, enable expansion of the range of products and improve the quality of the finished products. At the same time, the operating costs are to be reduced.

The heavy-section line is designed for an annual production of around one million metric tons of sheet pile, angle steel and channel steel as well as girders with web heights of up to 900 millimeters. For the comprehensive modernization of the rolling line, Siemens is supplying the slab and bloom feeder, a reheating furnace with an hourly capacity of 230 metric tons, and the descaler. The existing blooming stand (BDM1) is to be modernized and a new blooming stand (BDM2) is to be installed. This will be followed by a reversing stand group composed of two universal stands with an edger between them. At the end, there will be a finishing line composed of an edger and a universal stand. Red Ring rolling stands will be used throughout. A hot-saw machine, a 125-meter cooling bed with spray cooling, a straightener and cold-saw systems are also part of the project as are an inline measuring system, stacking, bundling, weighing and marking equipment and systems for the working media. Ready-to-operate chocks for the blooming stands, replacement cassettes for universal and edging stands as well as a spare-parts package for non-repairable components round off the mechanical equipment. Siemens is also providing the power distribution systems from the medium and low-voltage transformers as well as the complete basic and process automation systems.

The merchant-bar line has an annual capacity of 900,000 metric tons. It can produce rounds with diameters of between 5.5 and 20 millimeters as well as rebars with thicknesses of 6 to 20 millimeters. Siemens VAI will add a rolling train to the existing wire-rod line, in order to make it independent from the presently combined rolling mill. This will increase the plant's production capacity and enable more flexible production planning. The new rolling mill will incorporate a billet feeder, a 160 metric-ton reheating furnace and a descaler. This will be followed by a six-stand roughing mill, a six-stand intermediate mill and a six-stand pre-finishing mill. The rolling stands are also based on Red Ring technology. Adherence to the prescribed tolerances is checked by an inline measuring system. On top of all this, Siemens VAI is supplying equipment for the shears as well as new machinery for coil compacting and coil cropping. Siemens is also to provide the extension of the coil transfer equipment and install the systems for the liquid working media. The medium-voltage power distribution as well as the basic and process automation are also part of the project. Replacement stands and spare parts round off the scope of supply.