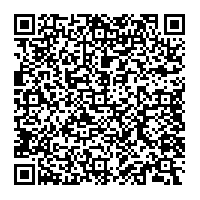 Subscribe to news
(PresseBox) ( Linz, Austria, 08-10-21 )
Chinese steel producer, Hunan Valin Xiangtan Iron & Steel Co., Ltd., has commissioned Siemens VAI Metals Technologies to engineer and supply equipment for a new 5-meter plate rolling mill Xiangtan in Hunan province. The new facility is to produce high-quality heavy plates for applications in the ship-building and pipeline construction industries. The volume of the contract is in the two-digit million euro range. The plate mill will start production in the course of 2010. This is the third order from China for a complete plate rolling mill this year. It means that Siemens will be able to further consolidate its leading position as a supplier for this type of plant.

The Hunan Valin Iron & Steel Group produces around nine million metric tons of crude steel and eight million metric tons of steel products per year, including pipes and tubes, steel bars, wire steel and shaped steel sections. Hot-rolled metal sheets constitute another main area of production. In order to expand the range of products by adding wide heavy plate for ship-building and pipeline construction, a new plate mill is currently being constructed for the company's subsidiary Xiangtan Iron & Steel Co. at the Xiangtan location in Hunan, a central province of China.

Siemens VAI will be engineering and supplying the main components of the two-stand rolling mill, including the mechanical equipment for the roughing stand and the finishing stand, a Mulpic intensive cooling section, hot and cold levelers as well as one shearing line with double-side trimming and dividing shears. The scope of supply also includes all the instrumentation and the entire automation system, including all the process models. The microstructure monitor originally developed by Siemens for hot rolling mills will be used in a plate rolling mill for the first time. This will make it possible to reliably determine the mechanical properties of the heavy plate via online calculation.

The main drives of the finishing stand will be fitted with synchronous motors, which will be powered by Sinamics SM150 DC link converters. The high-pressure pumps for the descalers of the plant will be fitted with variable-speed drives for the first time, thus saving energy and reducing water consumption. The overall solution for the rolling line is based on the integrated Siroll PM concept for plate mills. Siemens will also be responsible for supervising the installation work and commissioning and will carry out customer training.

One of the main reasons why the contract was awarded to Siemens was the good cooperation that has existed between Siemens and Xiangtan in the case of plate rolling mill No. 2, for which the automation system was engineered, supplied and recently put into operation by Siemens.

Further information and downloads at: http://www.siemens.com/...