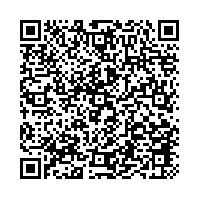 (PresseBox) ( Erlangen, 09-03-06 )
Today DONG Energy and the Siemens Energy Sector signed an agreement for the supply of up to 500 offshore wind turbines. The wind turbines to be delivered under the supply agreement have total capacity of up to 1,800 megawatts, and will be deployed on DONG Energy's coming offshore wind farms in Northern Europe. Permitting procedures and country specific wind regime economics will determine where and when the individual projects will be built.

"Siemens and DONG Energy have a history of successful cooperation in relation to construction and operation of offshore wind projects. With this agreement the parties are jointly taking a quantum leap towards further streamlining the construction of projects of this kind," says Anders Eldrup, CEO of DONG Energy, adding, "DONG Energy has built approximately half of all offshore wind farms in operation in the world today. Entering into the largest single offshore wind turbine supply agreement ever further strengthens DONG Energy's leading position in this field and provides us with an important tool for implementing our strategy of significantly expanding DONG Energy's position within sustainable energy."

The wind turbines which Siemens will deliver under the supply agreement have a capacity of 3.6 megawatts similar to the turbines in operation at DONG Energy's Burbo Banks offshore wind farm and those being installed at DONG Energy's Gunfleet Sands I+II project.

"The agreement with DONG Energy is one of the biggest orders in the history of Siemens," said René Umlauft, CEO of the Renewable Energy Division of Siemens Energy. "With this agreement the cooperation between DONG Energy and Siemens is taken to the next level. Together we have taken a big step towards "industrialization" of the offshore wind business which is one of the fastest growing renewable energy technologies."

DONG Energy and Siemens are leading players in the offshore wind industry and have a history of working together on innovative projects. In 1991 the two companies constructed the world's first offshore wind farm at Vindeby in Denmark and have since then worked together on many offshore projects including, for example, Middelgrunden near Copenhagen (Denmark), Nysted in Southern Denmark, Burbo Bank in Liverpool Bay (UK) and the soon to be installed Gunfleet Sands I+II (UK) and Horns Rev 2 (Denmark).

DONG Energy is one of the leading energy groups in Northern Europe. We are headquartered in Denmark. Our business is based on procuring, producing, distributing and trading in energy and related products in Northern Europe. We employ approximately 5,500 and generated more than DKK 60 billion (approx. EUR 8.2 billion) in revenue in 2008. For further information, see www.dongenergy.com.