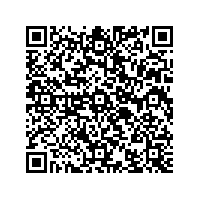 • Commitment to hire and train at least 300 U.S. military veterans per year over next three years, in addition to more than 2,500 already part of workforce

With 50,000 employees and more than 60 manufacturing sites across the United States, Kaeser joined German Chancellor Angela Merkel and several global CEOs for a discussion with the President focused on workforce development. An apprentice from Siemens’ Charlotte Energy Hub accompanied Kaeser for the meeting, highlighting Siemens’ efforts to demonstrate and utilize the apprenticeship model in the U.S.

Additionally, Kaeser emphasized Siemens’ commitment to the U.S. market, highlighting the company’s recent announcement of an expansion of Siemens’ Walpole, Massachusetts, manufacturing and R&D facility. Siemens anticipates the $300 million investment may ultimately create as many as 700 permanent new jobs through 2026.

"A highly-skilled manufacturing workforce is critical to Siemens in the United States, where we’ve been active for over 160 years. The U.S. is now our largest market – we’ve invested about $35 billion here in the past 15 years," said Kaeser. "I appreciated the opportunity to discuss with President Trump how industry, academia and government can work together to help empower workers with the skills needed for success in today’s advanced manufacturing environment and prepare them well for next generation manufacturing."

For Siemens, the U.S. is an extremely vital production location, one of its most important research centers, and a key base from which Siemens exports globally – with about $5.4 billion in exports during the last fiscal year. The company invests more than $1 billion in R&D annually and more than $50 million in job training programs.

Siemens will commit over and above its existing apprenticeship program to train an additional 20 apprentices in the U.S. Siemens initiated its U.S. apprenticeship program in Charlotte in 2011, partnering with Central Piedmont Community College to create a pipeline of skilled manufacturing workers for the future. Based on the success of the Charlotte program, Siemens has launched similar programs in Fort Payne, Ala., Sacramento and Atlanta.

Since 2011, Siemens has hired over 2,500 veterans. Continuing its strong support for hiring veterans, Siemens commits to hiring a minimum of 300 U.S. military veterans per year for the next three years, providing them with additional skills training to make them successful at performing roles at Siemens’ various U.S. facilities.

In 2013, Siemens announced a job training initiative for U.S. military veterans with an engineering and manufacturing background as part of a nationwide effort to assist veterans transitioning to the civilian workforce. The program, launched by Siemens’ product lifecycle management (PLM) software business unit in 22 cities across the country, provides free training in the use of state-of-the-art digital lifecycle management and computer-aided design (CAD), computer-aided manufacturing (CAM) and computer-aided engineering (CAE) software technology.

As software plays an increasing role in the next era of manufacturing, Siemens PLM Software’s Global Opportunities in PLM (GO PLM) leads the industry in providing students and faculty access to the same leading edge software used in nearly every manufacturing environment worldwide. Siemens’ GO PLM provides design and manufacturing software to more than one million students yearly at over 12,000 global institutions, where it is used at every academic level – from grade schools to graduate engineering research programs. To date in the U.S., Siemens has provided over $3 billion of in-kind software grants. Siemens commits to providing more than $2 billion worth of in-kind software grants to academic partners across the U.S.

Continuing its strong commitment to the U.S. market, Siemens highlighted the recent announcement of a $300 million investment to expand of its Walpole, Massachusetts, laboratory diagnostics manufacturing and R&D facility over the next four years, adding up to 700 new jobs. The upgrade and expansion is slated to get underway in summer 2017.

Siemens Corporation is a U.S. subsidiary of Siemens AG, a global powerhouse focusing on the areas of electrification, automation and digitalization. One of the world’s largest producers of energy-efficient, resource-saving technologies, Siemens is a leading supplier of systems for power generation and transmission as well as medical diagnosis. With approximately 348,000 employees in more than 190 countries, Siemens reported worldwide revenue of $86.2 billion in fiscal 2015. Siemens in the USA reported revenue of $22.4 billion, including $5.5 billion in exports, and employs approximately 50,000 people throughout all 50 states and Puerto Rico.

This press release and information about Siemens in the USA are available at www.siemens.com/press/siemens-in-USA

This document contains statements related to our future business and financial performance and future events or developments involving Siemens that may constitute forward-looking statements. These statements may be identified by words such as "expect," "look forward to," "anticipate" "intend," "plan," "believe," "seek," "estimate," "will," "project" or words of similar meaning. We may also make forward-looking statements in other reports, in presentations, in material delivered to shareholders and in press releases. In addition, our representatives may from time to time make oral forward-looking statements. Such statements are based on the current expectations and certain assumptions of Siemens’ management, of which many are beyond Siemens’ control. These are subject to a number of risks, uncertainties and factors, including, but not limited to those described in disclosures, in particular in the chapter Risks in the Annual Report. Should one or more of these risks or uncertainties materialize, or should underlying expectations not occur or assumptions prove incorrect, actual results, performance or achievements of Siemens may (negatively or positively) vary materially from those described explicitly or implicitly in the relevant forward-looking statement. Siemens neither intends, nor assumes any obligation, to update or revise these forward-looking statements in light of developments which differ from those anticipated.