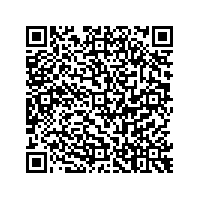 "Johnson & Johnson's participation is a perfect fit for the 2010 mHealth Summit, especially given its recent commitment to the United Nations Millennium Development Goals focused on improving the health of women and children. Among other initiatives, this commitment includes the delivery of health information via mobile technology to expectant mothers," notes Richard Scarfo, mHealth Summit Director. This expanded commitment builds on the success of Text4Baby in the United States, with Johnson & Johnson serving as its founding sponsor.

The potential impact of the mobile phone as a health device is staggering, considering that more than 1.1 billion women in low- and moderate-income countries already own a mobile phone.

"Johnson & Johnson is pleased to be a sponsor of the 2010 mHealth Summit, said Brian Perkins, Corporate Vice President, Corporate Affairs, Johnson & Johnson. "The Summit provides the setting for dialogue and collaboration on mobile technologies focused on making a difference in the health and well-being of people around the world."


About the 2010 mHealth Summit

A conference program featuring seven Super Sessions on critical issues in mHealth that include topics such as Optimizing Privacy and Data Security, Regulatory and Policy Perspectives, Lessons Learned Around the Globe, Comparative Effectiveness Research and mHealth, and more. Six conference tracks and side sessions exploring topics such as Economics and mFinance, the use of mobile technologies to improve Maternal and Child Health, Health Behavior & Mobile Technology, and mHealth and Emergency Response.