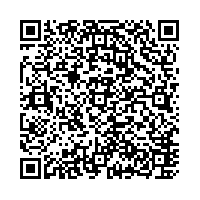 GCMS-QP2010 Plus combines the most modern hardware with intelligent software

(PresseBox) ( Düsseldorf, 06-04-20 )
Shimadzu, one of the world leaders in analytical instrumentation, celebrates 50 years of GC history in 2006. Shimadzu introduced the first gas chromatograph in Japan in 1956 and just one year later the GC-1A, the first model in the series was produced. To mark the 50th anniversary, Shimadzu now introduces the best GCMS system available on the market, the GCMS-QP2010 Plus. It is optimally suited for “Fast GCMS” and combines the highest sensitivity with unique library search functions based on the linear retention time index (LRI), guaranteeing additional reliability in the identification of unknown compounds.

In its 50 years of GC experience, Shimadzu has regularly achieved technological milestones, for example the first GC system with micro-computer (1974). Subsequently, the GC-8A and GC-14B scored high as the most widely purchased compact high-performance GC systems, and in 1992 a GC system with fully digital gas control

was introduced.
In 2000 and 2002 the GC-2010 and the GCMS-QP2010 set new standards in gas chromatography. Both systems are suitable for fast chromatography (Fast GC). High pressures and split ratios, as well as extremely fast detectors with large data acquisition frequencies enable excellent reproducibilities, also for the narrow peaks generated in fast GC. In 2004 the GC-2014 high-performance system was introduced, which was developed for packed and capillary columns and equipped – for both modes – with digital flow control.

Chromatography, spectroscopy, sum parameters, biotechnology and balances complete Shimadzu’s wide-ranging and versatile product spectrum. During product development the focus is always on high performance and excellence in quality while aiming at simplicity of use, optimal customer service and an appropriate price-quality ratio. In this way Shimadzu establishes its claim as market and technology leader in many analytical application areas.