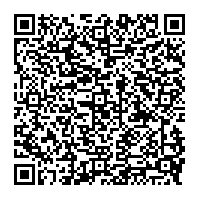 In addition, on July 22, 2010 Sharp and EGP have established Enel Green Power & Sharp Solar Energy S.r.l (hereinafter, ESSE), a joint venture of the two companies that will be engaged in the independent power producer (IPP(4)) business to develop, build and operate photovoltaic power generation plants.

Through collaboration with a power company, Sharp aims to become a total solution company in the photovoltaic field, initiating the world's first business model extending from thinfilm solar cell production to IPP business.

(1) Enel Green Power is the group company of Enel, the largest power company in Italy, dedicated to developing and managing worldwide energy generation from renewable sources in Italy and abroad.

(2) STMicroelectronics is the leading semiconductor manufacturer in Europe established in 1987.

(3) CIPE (Comitato interministeriale per la programmazione economica / Interministerial Committee for Economic Planning) is the Italian government entity responsible for the general management of national economic planning. It carefully scrutinizes investment of public funds as well as subsidies granted from them, and coordinates decisions between government agencies in this regard.

Reprint free of charge / Please forward a copy.
You can also find more information at http://www.sharp.eu