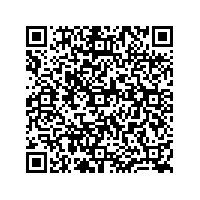 Subscribe to news
(PresseBox) ( Cannes, France, 13-05-24 )
SGO''s Mistika was chosen by Digimage Cinema for the complete post production including colour grading of highly anticipated film, The Young and Prodigious T.S. Spivet, directed by award-winning French director Jean-Pierre Jeunet. It will be digitally re-mastered in the IMAX 3D format using Mistika, with plans for its début release on 16 October 2013 across IMAX theatres in France.

The film was shot using ARRI ALEXA cameras in stereoscopic 3D and Director of Photography Thomas Hardmeier used Mistika Live on set for the production. Mistika is currently being used in post at Digimage for the conforming, colour grading and full post production of the entire project for all the deliverables in multiple resolutions and formats including IMAX 3D. Talented Stereographer Demetri Portelli is responsible for the stunning depth grading throughout the movie using Mistika, working alongside the dedicated team of Mistika artists at Digimage - Hussam Korkut and Caique DeSouza with Mistika Colourist Fabrice Blin.

Digimage Cinema's Technical Manager Francois Dupuy states "We are using Mistika on this high profile project for all the colour grading, which is achieving stylish results. All the multi format deliverables will be completed using Mistika in HD, 2D, Stereo 3D, and IMAX 3D. Mistika has the perfect toolsets for this mammoth project with its ability to handle giant size formats across all dimensions such as IMAX 3D. Its speed and efficiency is remarkable and a tremendous help to deliver exceptional results for an incredibly high calibre project that needs to meet the highest standards to tight deadlines.""

""The French film industry is vibrant and growing with an increasing demand for Mistika owing to its reputation as a reliable, powerful colour grading asset. Digimage Cinema invested in Mistika last year where it was put straight to work on their Asterix film project, which was a great success. Digimage have also just installed a Mistika 3D Assist Station from SGO recently and it is incredibly exciting to see Mistika''s colour grading capabilities being used on yet another world-class film such as this, directed by an acclaimed director like Jean-Pierre Jeunet."" adds Jose Luis Acha, SGO's Regional Sales Manager.

The film is an adaptation of Reif Larsen's novel about a 12-year old who embarks on a solo journey from his home in Montana to receive an award at the Smithsonian Institution and it features actors Kyle Cattlet and Helena Bonham Carter. Jean-Pierre Jeunet is famous for also directing successful films such as Amelie and A Very Long Engagement. The first film trailer released this week can be viewed here http://www.youtube.com/watch?v=3nWqxoxI3T4

An established European developer of leading high-end solutions including its flagship DI and Stereo 3D finishing system Mistika, and on-set application Mistika Live for the post production and broadcast industries, supported by specialist technology partners such as HP and NVIDIA. A global company, SGO continues to expand with offices and reseller partners across the world. Visit www.sgo.es