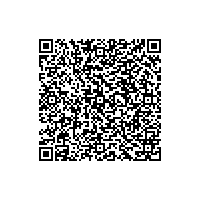 "This project pushed the boundaries and utilised Mistika's capabilities to the fullest, including compositing, grading, conforming and delivering..." David Cox, Mistika VFX Artist and Colourist

(PresseBox) ( London, 13-03-26 )
The IVCA’s Silver Award for Best Post Production has been given to the stunning Mistika-related project titled “COP18 /CMP8 (Climate Change Conference)” for the United Nations by WRG QATAR LLC for COP18 and The State of Qatar. Mistika VFX Artist and Colourist, David Cox was asked to post produce the high-resolution, wide-screen presentation to be projected onto a seventy-metre wide screen for The United Nations Climate Change Conference using SGO’s Mistika as the obvious choice. The size and shape of the final films demanded a specific resolution and aspect ratio. The conforming, compositing and grading were carried out on a single Mistika post production system in an uncompressed environment, at a resolution of 7104 x 1080, which provided the very wide aspect ratio of almost 7:1.

IVCA is an independent non-profit membership organisation representing the creators and commissioners of film, video, digital and live events for the corporate and public sectors. As well as corporate producers and freelancers, IVCA includes the leading commissioners including Government, top FTSE companies and leading NGOs and Charities. They have also been helping spearhead UKTI's partnerhsip programme with China. A key partner for IVCA in China is the Digital Content Industries Association.
Award winning films can be viewed on the IVCA Player which is an online showcase of the best work selected from across the three IVCA Awards Schemes. IVCA helps lead the communications industries through thought leadership and working closely with the UK Government, particularly BIS, DEFRA and UKTI, and partner organisations.

From client sign-off in mid October last year, the film was managed in six different locations with 33 shooting days (condensed into 3 weeks), where over 12TB of film collateral, amazing stories, incredible graphics, air miles, great distances were travelled to produce a breath-taking 23-minute film. The presentation, produced by global corporate communications agency WRG Qatar LLC and directed by Ollie Solman, consisted of five separate films, shot in varying locations including The Maldives and Madagascar. These were introduced and linked by a presenter who was filmed in a green screen studio. The final combined film was post produced at an ultra high resolution of over 7000 horizontal pixels and projected by four side-by-side HD projectors at the U.N. conference based in Doha, Qatar.

David Cox explains “These types of projects are quite challenging, but also a lot of fun to do on Mistika, because of the freedom the system provides to work in high resolutions and unusual aspect ratios. This project pushed the boundaries and utilised Mistika's capabilities to the fullest, including compositing, grading, conforming and delivering.” David continues “The first few minutes of the film features a presenter who was shot against green screen. This was changed for a digital “white cyc” background with weather effects, shadows and animated graphics added behind and around her. Then there were five location-based films that were introduced and linked by the green-screen host. Each of these were shot in locations from around the world and on a variety of cameras including RED Epic, Canon 5D and Go Pro, which were all conformed and graded within Mistika.”

David elaborates further about the complexities of working at high resolutions and bespoke aspect ratios; “Obviously the frame shape is very different to the normal aspect ratios of the supplied images. Where the source material was from RED Epic, Mistika allowed me to work directly from the 5K footage without transcoding, allowing me to frame and grade the shots as needed in real-time, without processing. Where the source material was from a lower resolution format, such as Canon 5D or Go Pro, I used Mistika's compositing features to multi-layer shots to make up a collage of images to fill the frame.”

David concludes “The most impressive aspect of Mistika in a project of this scale is that despite the high resolution and odd frame shape, was that I was still able to work in real-time for almost all of the grading and multi-layering of the images. When it came to the green screen sections, all of the keying, tracking and shadows were also completed in the same Mistika and on the same timeline. These aspects were essential to being able to react to client feedback promptly and to deliver this complicated project within a very tight post production schedule.”

Please follow the link to view the final master on the COP 18 site http://www.cop18.qa/en-us/mediacentre/countmeinwatchthemovie.aspx

An established European developer of leading high-end solutions including its flagship DI and Stereo 3D finishing system Mistika, and on-set application Mistika Live for the post production and broadcast industries, supported by specialist technology partners such as HP and NVIDIA. A global company, SGO continues to expand with offices and reseller partners across the world. Visit www.sgo.es