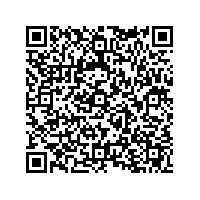 (PresseBox) ( Southampton, 13-04-25 )
Entrepreneurial students from SETsquared universities have scored a hat trick and won the UK finals of the Enactus competition for a third year running.

The annual event sees students from across the country showcase their projects which could make a real difference to communities.

Scores of students from universities across the SETsquared partnership (Bath, Bristol, Exeter, Southampton and Surrey) took part in the competition and three different teams walked away with prizes.

SETsquared helps support students throughout the year with a programme of activities, including bringing the Enactus teams together to share best practice. SETsquared has a track record in supporting socially responsible companies such as hit accessories company, Elephant Branded and Jollie Socks, which donates a pair of socks to homeless people every time a customer buys a pair online.

Graham Harrison, partnership director of SETsquared, said the dominance of SETsquared universities on the competition leader board was reflective of the entrepreneurial talent being nurtured across the partnership.

He added: "We are working to develop the next generation of entrepreneurs and SETsquared students' success at this competition is testament to that. Some of our previous winners of these competitions have gone on to develop incredibly successful social enterprise businesses and I hope that the latest winners will follow in their footsteps."

Among the SETsquared students who have gone on to establish successful businesses after participating in SETsquared student enterprise events is James Boon, whose social enterprise company Elephant Branded is now selling through John Lewis and has been featured in everything from The Sunday Times to GQ magazine.

James, said: "Being able to take part in competitions like this is so important because it gives students real experience of pitching and business planning. If SETsquared hadn't given me access to events like this and help developing my business idea afterwards, it would have been so much harder to set up my company."

Charlotte Pearce, President of Enactus Southampton, said: "We're thrilled to be the Enactus national champions for the third year in a row and I want to thank everyone involved at the University of Southampton for playing their part in making this possible. What makes Enactus Southampton so successful is our focus on business together with the opportunity to improve our community and for us to better ourselves and learn from that experience. We'll be looking forward to representing the UK and the University in Mexico later this year for the Enactus World Cup!"

To find out about SETsquared's next student enterprise events visit: http://www.setsquared.co.uk/Events.

Enactus, formerly SIFE, is an international organisation that aims to nurture the entrepreneurial skills of students and to develop sustainable social enterprises.

*SETsquared is a collaboration between the universities of Bath, Bristol, Exeter, Southampton and Surrey which partners in enterprise activities and collectively supports the growth and success of new business opportunities through spin-outs, licensing, incubation and education. The partnership also works with industry through research collaboration and consultancy.

Founded in January 2010, Wisemind empowers young people who are neither in education, employment nor training (NEETS) through a different approach to every-day style of learning. The scheme involves a series of six weekly interactive seminars teaching the students valuable business skills, which helps develop confidence and interpersonal skills, in turn enhancing their employability.

Right Light is team of students at the University of Southampton, who as part of Enactus Southampton, are empowering individuals and provide an improved quality of life for families in rural Madagascar, by making solar lamps affordable.

EnterpRICE is a rice farming based project designed to help increase the standard of living and quality of lives of people who live in Sierra Leone.

After 11 years of civil war, Sierra Leona was left devastated with over two thirds of the population living under the poverty line however, there was great potential to improve the livelihoods of farmers by making better use of the fertile land they had available to them. But they lacked the machinery and basic knowledge of how to farm in the most efficient way so after partnering with the UK based NGO Planting Promise, EnterpRICE was initiated in 2008.

Following the huge success of the project in Sierra Leone, EnterpRICE was able to partner with project Madzi, a drip irrigation project based in Malawi, to implement agricultural project Madzeed in Uganda.

SETsquared is a collaboration between the universities of Bath, Bristol, Exeter, Southampton and Surrey which partners in enterprise activities and collectively supports the growth and success of new business opportunities through spin-outs, licensing, incubation and education. The partnership also works with industry through research collaboration and consultancy.

Find out more at www.setsquared.co.uk