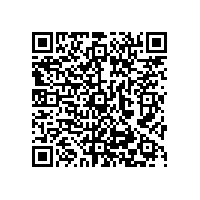 Meet the Bransons and Bannatynes of tomorrow

(PresseBox) ( Southampton, 14-05-30 )
.
Southampton, UK, 30th May 2014.
When: June 5 from 5.30pm
Where: The Lemon Grove, University of Exeter Streatham Campus
Image: Ed Vickers of Jollie Goods, whose booming social enterprise was inspired by his time volunteering in a homeless shelter

Edible insects, mobile apps and giving socks to homeless people...just some of the money-spinning ideas that university students from across the South have used to start up their own businesses.

Now they're preparing to be honoured for their entrepreneurial spark as SETsquared holds its annual Student Enterprise Awards at the University of Exeter Students' Guild on June 5.

SETsquared is a partnership of the universities of Bath, Bristol, Exeter, Southampton and Surrey. As well as incubating high tech start ups, it exists to encourage entrepreneurialism among students at the five institutions.

It runs everything from pitching training to app-building competitions in a bid to up the entrepreneurial skills of students in the South and its annual awards honour the cream of the crop.

Among those up for gongs on the night are:
- A group of students from the University of Bath who have solved the eternal problem of finding a partner for multi-person sports like tennis and squash. They have created an app that lets people find others who are stuck for a partner to play with. They've already secured £36,000 investment and plan to launch their app this summer.
- A University of Exeter graduate whose Jollie Goods business donates a pair of socks to a homeless person everytime someone buys a pair. Ed Vickers set the business up in his first year at University after being inspired by his time volunteering at a homeless shelter and ran it at first from his bedroom. Now his products are sold by retail giant, John Lewis, and last Christmas alone his sales resulted in more than 2,000 pairs of socks being donated to the homeless.
- The Bug Shack - a company farming and selling edible insects to solve the world's problem of creating a sustainable protein source. Run by ambitious University of Southampton graduate Jenny Josephs, the business aims to sell at markets, festivals and online at first, before selling to supermarkets within 10 years.
- A social enterprise based at the University of Bristol which provides underprivileged children across the world with stationery and better teaching by donating a percentage of the money it makes from stationery contracts with businesses in the UK. Balance Stationery is monitoring its partnered schools by their pass rates before and after training and supplies to measure the impact of its work.
- An app developed by young entrepreneurs at the University of Surrey to help their fellow students find out about things going on around them. The app aimed to help connect people with what was going on around the campus and is now being adapted for use in other universities.

Simon Bond, Innovation Director at SETsquared, says the calibre of this year's finalists reflects the improvements he has seen in student entrepreneurialism over the last five years.

He said: "It is so encouraging to see young people being fearless in setting up their own businesses. Traditionally, the entrepreneurialism route has been seen as one of risk and students have steered away from it, favouring the relevant comfort of climbing onto the rungs of the corporate ladder.

"A shift is beginning to emerge and figures from the Office for National Statistics show the number of self-employed young people has already risen by 71,000 since the start of the economic crisis. Perhaps this is evidence that programmes like Dragon's Den, initiatives from the Government and projects such as our own could well be contributing to an increase in young entrepreneurs."

The entrepreneur, who will return as guest speaker for the awards, added: "It's inspiring to see so many young, enthusiastic entrepreneurs innovating and pursuing their ambitions, particularly in such a harsh job market.

"Starting a business which has any chance of success is hard - it needs vision and a thoroughness of execution - but more people can and should do it, because the rewards of steering a vision to commercial success is well worth the effort. My advice to any young entrepreneur would be to embrace the challenge and never compromise on the goal."

SETsquared is a collaboration between the universities of Bath, Bristol, Exeter, Southampton and Surrey which partners in enterprise activities and collectively supports the growth and success of new business opportunities through spin-outs, licensing, incubation and education. The partnership also works with industry through research collaboration and consultancy.

In the last 11 years SETsquared has developed over 1,000 high tech start-ups that have generated some £1bn in investment. It is named by the UBI as the joint best university incubator in Europe and 4th best globally.

Recommend Meet the Bransons and Bannatynes of tomorrow press release