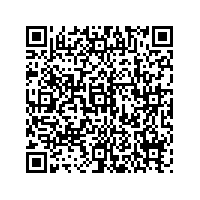 Subscribe to news
(PresseBox) ( Vienna, 13-05-14 )
.
- Revenue up 6.6% to 215.2M EUR
- Double-digit increase in EBITDA (+20.4%) and EBIT (+13.5%)
- Significant growth in the Medical Sector through the acquisition of Latexx Partners
- High profitability in the Industrial Sector despite difficult economic conditions
- Outlook affected by low visibility, goals 2015 remain unchanged

The publicly listed Semperit Group achieved significant revenue and earnings growth in the first three months of 2013, the strongest first quarter in the company's history. Revenue rose by 6.6% despite a difficult market environment, from EUR 201.8 million in the previous year to EUR 215.2 million. The Medical Sector generated significant revenue and earnings growth due to the rapid integration of Latexx Partners. In the Industrial Sector, the economic slowdown impacted revenue development negativly. This was successfully offset by optimisation measures and market share gains. Overall the profit situation could be further improved.

"We have started well in 2013, without any positive support from the market. We have instead benefited from the successful implementation of strategic measures. In the glove business, our growth activities in Malaysia and Thailand fully materialized. We grew sales in all relevant regions, and significantly improved our earnings despite continued price pressures," said Semperit CEO Thomas Fahnemann regarding the first quarter of 2013. "In the Industrial Sector, we succeeded against fierce economic headwinds to achieve double-digit margins and earnings growth in all segments. We were able to win new customers and additional market share."

With an equity ratio of 49.3%, unchanged since end of last year, and an increase to EUR 145.5 million (+9.1%) in available cash and cash equivalents, Semperit is operating on an excellent financial basis. "Through rigorous capacity and cost management, we were able to maintain our high level of profitability in the Industrial Sector and to significantly improve our performance in the Medical Sector. Together with our solid financial basis, this will support us to grow the business further," said Semperit CFO Johannes Schmidt-Schultes.

Medical Sector: Growth through the acquisition of Latexx Partners

In the Medical Sector (the Sempermed segment) the integration of Latexx Partners showed immediate results. Sales were significantly increased in all relevant regions (Europe, America, and Asia) and the utilisation of production sites in Malaysia and Thailand was further improved. In addition, the omission of one-time cost effects in the first quarter of the previous year had a positive impact on earnings development. This was offset by negative price effects due to excess capacity and lower raw material prices compared to the first quarter of 2012.

In the Industrial Sector (the Semperflex, Sempertrans, and Semperform segments), the weak economic environment had a cooling off effect on revenues. However, new customers and increased market share could be won through ongoing optimisation measures and a strong sales performance.

In the Semperflex segment, European operations developed positively, while US operations recovered in the course of the quarter, and Asian business remained weak. The Sempertrans segment was booked well in the first quarter and continued to benefit from its focus on higher quality conveyor belts and the expansion of its regional presence. In the Semperform segment, cyclical commodity price declines were more than offset by volume increases. In particular, building profile sales in the high-volume markets of Eastern Europe, and handrail sales in Asia performed well.

The sector revenue of EUR 108.4 million was slightly below the previous year's figure of EUR 113.8 million. EBITDA increased from EUR 19.6 million to EUR 20.3 million.

Despite limited visibility, the Semperit Group expects that a significant increase in consolidated revenue in 2013 is possible. This increase will mainly be driven by the full year consolidation of Latexx Partners.

In the Medical Sector, the focus will remain on the continued integration and increased capacity utilisation of Latexx Partners. Capacity utilisation in both Thailand and Malaysia is good, due to increasing orders. However, price pressure due to overcapacity will continue in the global glove market.

In the Industrial Sector, a continuation of the current business performance and, with the exception of the Semperflex segment, relatively stable demand is expected for the next two quarters. The Sempertrans segment in particular will be very well utilised until the end of the third quarter.

The Report for the 1st Quarter 2013 is available for download at:
http://www.semperitgroup.com/ir

The publicly listed Semperit AG Holding company is an internationally-oriented group that develops, produces, and sells highly specialised rubber and plastic products for the medical and industrial sectors: examination and surgical gloves, hydraulic and industrial hoses, conveyor belts, escalator handrails, construction profiles, cable car rings, and products for railway superstructures. The headquarters of this long-standing Austrian company, which was founded in 1824, are located in Vienna, and the global R & D centre is in Wimpassing, Lower Austria. The Semperit Group employs more than 10,000 people worldwide, including more than 7,000 in Asia and more than 700 in Austria. The group has 22 manufacturing facilities worldwide and numerous sales offices in Europe, Asia, and America. In fiscal 2012, the group generated revenue of EUR 829 million and an EBITDA of EUR 109 million.